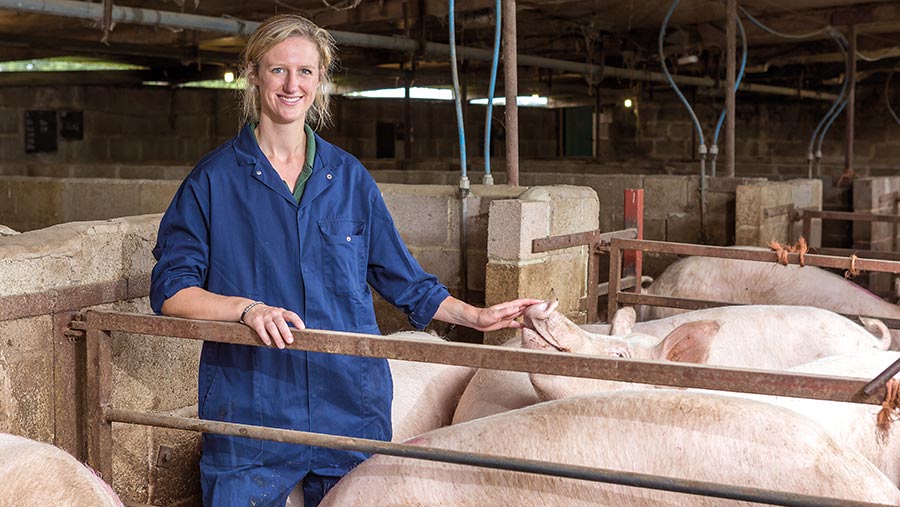 I feel like we are entering a period of some uncertainty and worry.

I mentioned last month that feed prices had risen. This is by £18.50/tonne, as fed, on the same period last year, which equates to an extra £50,000 on our annual feed bill.

As we march into a drier September, the full impact of the undesirable weather has had on straw volumes is now being realised.

Our contractor predicts that he’s baled less than half the volume he usually does, and prices are likely to jump from £60 to £100/tonne.

African swine fever has been found in a feral wild boar in Germany resulting in many non-EU countries, including China, banning all German exports.

Germany had supplied 14% of China’s pork imports this year; worth €1bn. This could provide opportunities for other countries to export to China, but also means there will be extra pork, originally destined for China, on the EU markets.

Post-Brexit trade relations with the EU are also of concern; particularly if cull sows and breeding stock face extra inspections on entry into the EU.

Belgium and Germany are the main market for cull sow carcases, taking around 35,000t from the UK every year.

This needs to proceed without border delays for inspections. A lack of market for cull sows would drastically affect UK production, with income from cull sows offsetting finished pig prices by 2-3p/kg.

There are several companies in the UK which export live breeding pigs to the EU. So far, in 2020, just 8,813 have been exported.

Inspection facilities in northern France are not suited to take live animals, and the current plans in Operation Brock (the traffic management strategy for a no-deal Brexit) would leave breeding pig exports to the EU unviable, with the possibility of breeding companies moving to other countries.

In better news; since becoming a Defra minister, Lord Goldsmith, who was once in favour of an outright ban on farrowing crates, has agreed that any change “needs to be done in a way that not only protects both the sow and her piglets, but in a way that is sustainable for the industry”.

He has suggested he would like to work with the sector to achieve this aim.