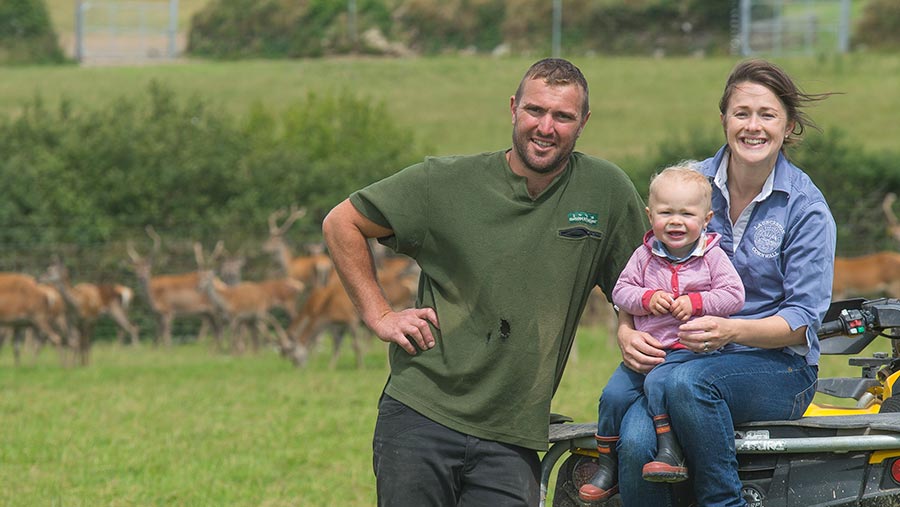 Well, another year has come and nearly gone. Like most of you, we have been left wondering what just happened. But on reflection a lot has happened – it is just hard to keep everything in perspective sometimes.

I’m glad to report there are no shearing world records next year. Although there are a couple of young British shearers that are asking questions, which is really great to hear as there’s a lot of talent running around and with a bit of guidance, the sky is the limit.

We had our first deer Farm Assured British Beef and Lamb inspection, which I think was a learning curve for them as much as us. We had a couple of trainee  deer inspectors as well as the main inspector as it is all quite new. It went well and we are all go for supplying Dovecote Park with our deer.

So on that note we weighed our yearling stags to sort out which we are keeping for breeding and which are fit to go for slaughter.

On the whole, everything went well and they were calm to handle without much fuss, but there is always one. I ended up with both back feet in the chest when pushing a shy one off the weigh platform.

We have learned our two-year-old son, Dusty, will repeat everything we say, and I mean everything. So from now on every outbreak must be censored.

All of the ewes seem to have gone to the rams well – the ewe lambs as usual are a bit slow on the up take in the first cycle. So now we just keep our fingers crossed for a good scanning.

Pip and I both went up to the new deer facility at Dovecote Park, Yorkshire.

We were really impressed at the facility. It was good to see, as us as farmers put a lot of effort into getting them that far, so it’s good the standard continues at that point of the chain.

The only thing I would like to change is moving it closer as it is a fair old drive up there. We are really lucky with the sheep as our local slaughterhouse is only seven miles away.

We would like to wish you all the best for Christmas and hope everything goes as close to plan as it can in the new year.