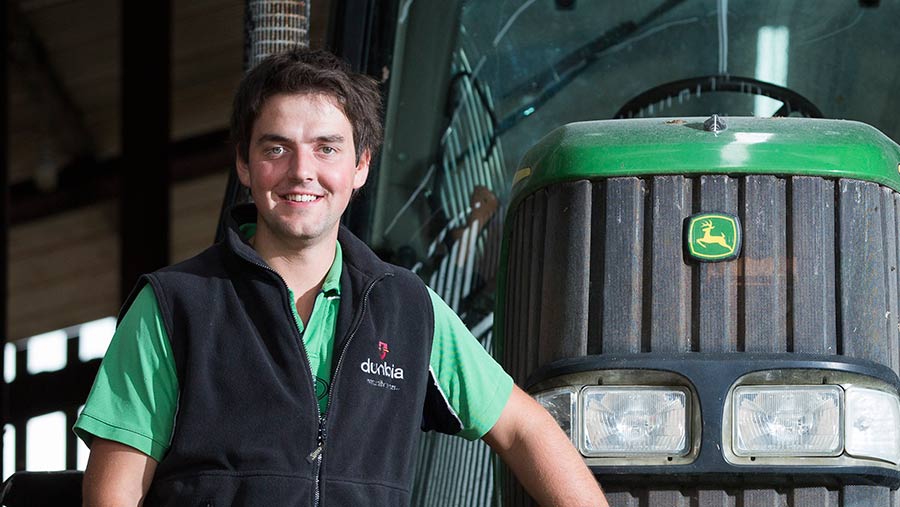 All grazing ground was sowed with 65kg/acre of fertiliser this week to try to build up some grass levels, as growing has started to slow.

The wet weather has delayed our third cut of silage, which will delay the silage ground coming into the grazing rotation.

The weather has also forced us to house our strong cattle weighing more than 550kg earlier than planned. Grass quality will have started to deteriorate and meal feeding levels were up to about 5kg a head day on these cattle.

After the transition period of housing, which meal feeding will hopefully have helped counteract, I hope performance levels inside will exceed what they would have been on grass and the earlier housing date will work out OK.

We had a TB test on one of the herds last week and thankfully it was clear. This should mean a year until our next test, all being well, which is great.

At the test my vet scanned one batch of cows for me that aren’t easily assessable to a handling pen. Out of the 31 cows in the batch, 28 were pregnant, with days ranging from 50-80.

I was delighted with this scan, considering breeding began on 15 May and the scan date was 10 August. The tight nature of pregnancies was pleasing and hopefully this trend will continue as we scan the remaining cows in the coming weeks.

Calves have come on to the creep feed well. This year I decided after a discussion with my vet to spend the money on getting a non-antibiotic coccidiosis prevention medication mixed in with the creep feed.

All calves have been treated orally with coccidiosis drench with Diclazuril, but I am aware that levels are high on our farm.

Last year, despite being previously treated, some calves showed clinical signs of coccidiosis at weaning time and it is for this reason we decided to spend the money on in-feed medication.

Presumably the added stress around weaning time left the calves vulnerable to the coccidian protozoa.

Unfortunately this is my last Farmer Focus article. I have thoroughly enjoyed writing them over the past two years and I hope they have made some enjoyable reading for you.