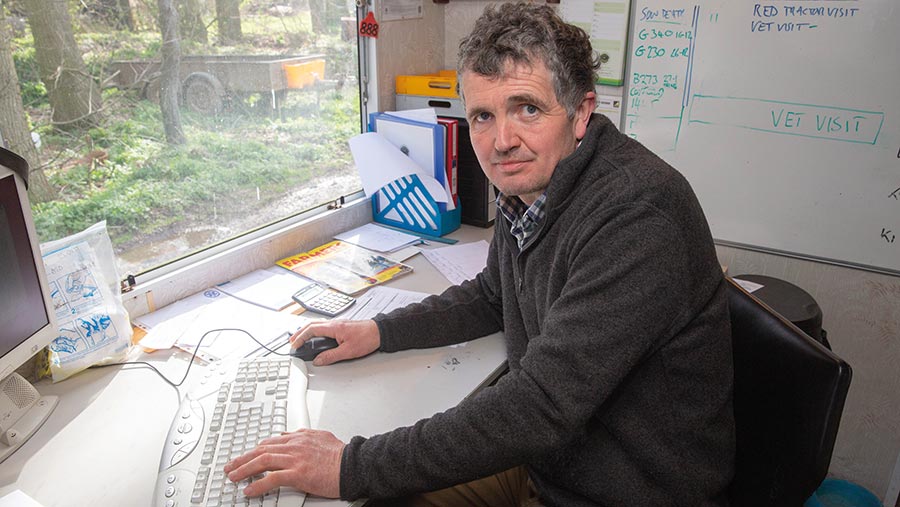 We’ve had an extra pair of hands on the farm recently. Ginge is an ex-employee who had been youthfully travelling the world until being forced to return home as a result of the pandemic.

A Norfolk pig field is definitely not where he had planned to spend his winter (I think a Canadian ski slope is more what he had in mind).

But, in the meantime, Canada’s loss is our gain. He’s been giving the electric fence lines around the pig units a tidy, and catching up with dry sow hut repairs.

They are no one’s favourite jobs, but those steel jumbo arks just rust before your eyes, so there’s always a waiting list for attention.

Along with the rest of the nation, the farm finds itself back in lockdown again, but things will carry on pretty much unchanged – there’s no on/off switch on a pig.

However, it’s the other things we do to keep mind and body together that will suffer.

Farming can be a tough, isolated vocation at the best of times, so these restrictions will make things particularly hard for many of us to keep motivated during the winter.

Ironically, less than a year before Covid struck, I decided to stop following life’s easy road and start saying yes to things that I would previously have run a mile from.

Even before Covid, it was all too easy to shut off and not engage with others within the agricultural industry after hours.

Writing these Farmer Focus articles is a direct consequence of this change of attitude.

I have also embraced Twitter – first, with farm photography on my own account (@robonthefarm1), and more recently, by taking over the daily running of the @contentedpigs account.

Sharing photos, videos and chat is more important than ever, especially now so many other links with consumers, such as agricultural shows and open days, have been stopped.

The bottom line is: people are genuinely interested. I know it’s not everyone’s cup of tea, but I’m enjoying it, so why not get involved?

In the new year, I’m taking on my biggest challenge yet – hosting the prestigious @farmersoftheuk Twitter account for a week.

Fingers crossed it doesn’t snow – but then again if it did, at least Ginge would be happy.