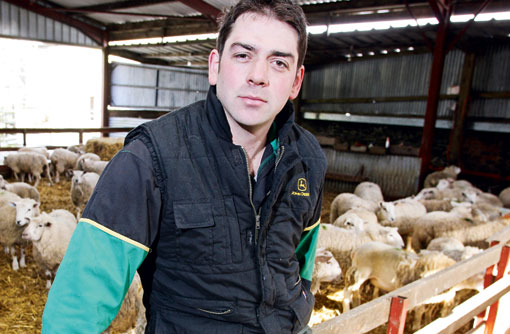 The past month has seen the workload reduce to a steadier pace. Despite lambs staying clean, faecal egg counts showing worm presence have been significant enough to drench some groups.

These have been lambs from aged ewes, while counts in lambs from younger ewes have remained low.

It is pleasing to see that our efforts to breed replacements, which have increased worm resistance, are working.

The breeding policy over the past few years has placed more emphasis on specific traits to encourage improvements in worm resistance, mothering ability, and lameness.

It is, however, to many, daunting to start when seemingly good ewes are pulled out for culling. But the system is working and problems are becoming less.

Too much emphasis is placed on the look of sheep when this has little impact on the profitability of a commercial flock. Having a system in place to record problem sheep does not have to be expensive, and the potential benefits far outweigh any costs incurred.

This could be something for commercial sheep breeders to consider. No flock can afford to carry unproductive sheep and with everyone aiming to be more efficient it has never been more important to have a system in place to identify these animals.

As I finish writing this month’s column, a group of us are about to depart to Riga, Latvia, for my future brother-in-law’s stag party. By the time you read this, hopefully, we will have returned safely, and likely in need of a holiday to recover.

Tom Jones lives on a 110ha upland beef and sheep farm near Lake Vyrnwy, Montgomeryshire. He also has a contract shepherding business looking after ewes locally