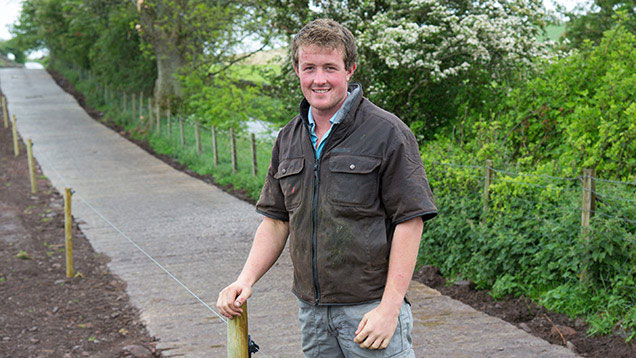 As we fly on in to the new year, Christmas is feeling like a very distant memory and my food baby is starting to fade.

That said, the festivities provided a fantastic chance to catch up with friends and family, and it was made all the sweeter by it being my first Christmas back on home turf after a couple of years away.

A Boxing Day dog walk around the farm revealed more grass than expected, and while it is perhaps premature to start getting serious about “counting grass” with the plate meter, it is pleasing to see that we look to have some decent feed on hand for the spring.

Results of silage analysis have proven to be disappointing, with latter cuts testing at less than 10MJ/kg DM of ME.

Nonetheless, with most being eaten by late lactation and dry cows it hasn’t proven to be the end of the world, as they munch on towards the earlier (hopefully better) cuts buried deeper in the pit.

More than half of the herd is now dry, with further groups being dried off every week based on expected calving dates and body condition targets.

After much consultation with our discussion group, we are working on cows being capable of gaining half a NZ condition score every month that they are dry, and needing to be at target calving body condition score (BCS) one month prior to parturition.

Although this focus on body condition is undoubtedly adding some complication now, the effects of BCS at calving on herd reproductive performance are well proven in grazing systems, so fingers crossed it will pay dividends later in the year.

And while it seems pre-emptive to be already talking about mating, we have now selected our AI bull team for the coming season.

In a slight change of direction for us, we have ordered a few Jersey straws in a bid to breed some bulls that we can use on our replacement heifers and although it will be three or more years until this plan comes to fruition, it’s satisfying to have little projects like this on the go.

George Brown
George Brown was crowned as Farmers Apprentice in 2012. After a stint working on dairy farms in New Zealand, he has returned to the UK and is now managing the 330-cow dairy herd at Cairnhead Farm on behalf of Robert Craig.