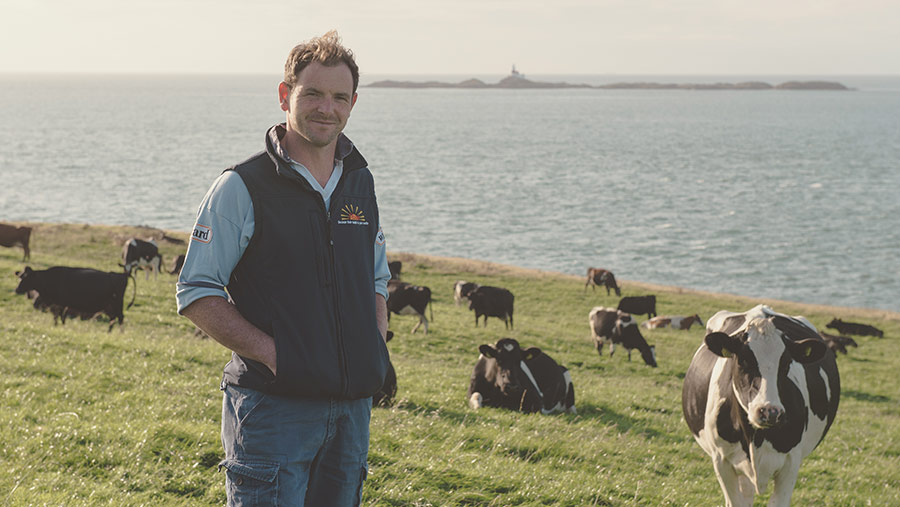 How things can change so quickly. A little over two weeks ago we were getting close to a desperate situation with grass growth due to the lack of rainfall since March.

We were feeding silage and 5kg of concentrates in the parlour. The bit of grass that was going into the diet was high in dry matter but quickly losing quality due to the rapid rate of grass going to head.

However, after 90mm of rain by late June we are now leaving paddocks for silage that have grown ahead of us. The speed of change is incredible.

It feels like a management mistake to go from feeding silage one day to then leaving fields for silage two weeks later. However, when we stopped feeding silage our average cover was still around 1,900kg DM/ha.

And while the farm had greened up considerably after the first bit of rain, growth was only just starting again. However, we have now grown in excess of 75kg DM/day for two weeks and we just have the stocking pressure to deal with that – it’s a nice problem to have.

Cow behaviour during the prolonged dry spell was peculiar at times. They were trouble-free for the most part, enjoying the settled weather which didn’t bring extreme heat and were content on high dry matter grass, silage and feed.

What was evident though was unusual behaviour, with them chewing anything they could get at – from stones to electric gate ropes and water pipes. This was reported across a lot of spring-grazing farms, with lack of fibre or phosphorus being two of the most popular theories.

We felt that fibre was dealt with in the silage and we increased phosphorus supplement in feed to maximum levels.

It did suppress the behaviour a bit. However, it stopped completely with the return of lush grazing pastures.

We managed to complete 100% AI for six weeks of serving, finishing with British Blue and then Angus after the first three weeks of sexed semen. The bulls have been active but not at an alarming rate and we look forward to scanning in July.

Johnjo Roberts is a Farmer Focus writer on Anglesey. Read his biography.