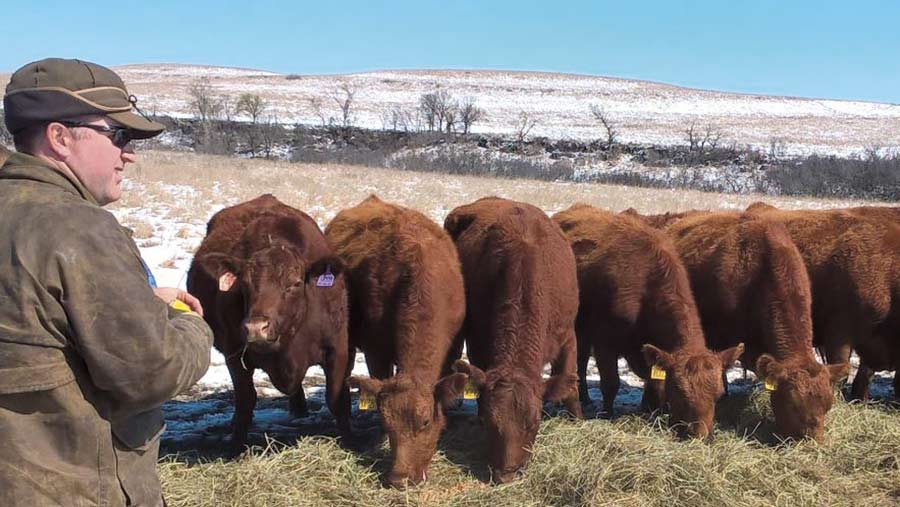 Our annual bull sale is two weeks away and we have been extremely busy getting ready for it.

All of the bulls have been semen-checked, individual videos have been made, the catalogue is at the printers, and customers are calling.

We are calving 400-head now and, while most years we are OK, the endless winter of 2019 finally caught up with us.

Instead of trying to prepare for bull sale day (March 15) we have been running ourselves ragged just trying to keep animals alive.

Cattle really do spend winter outside here. We don’t even have buildings capable of holding even 5% of our herd.

No one has hay because of the summer drought and now we are consuming it about twice as fast as normal.

We had 10 heifers start calving at once on a day where we received 30mm of rain in 1C weather with a 50kph wind. We managed to keep half of them alive and still feel completely defeated by it.

Even -10C or -20C would have felt warmer, as things would have been dry.

We have a neighbour who had an old Watusi cow he kept as a pet because of its impressive horns. It just laid down and died that day.

We have another set of neighbours who were caught out particularly badly and who have lost nearly 200 calves this winter.

The distraction though has set us back, and maybe more importantly, has shaken our customers.

I have always said that buying a bull is one of the most optimistic actions that a livestock producer does – a complete bet on the future.

People are too cold and tired to even think about next year’s calf crop at the moment.

Ironically, market prices are still decent. People who sold weaned calves did above average in a year when things were supposed to be down and anyone who retained ownership in a feedyard saw $1.26/lb (209p/kg) – that is exceptionally good.

Hopefully, we get two good weeks of good March weather, a little Brome and Fescue growth and it might help people forget about this awful weather. And maybe we’ll sell our bulls at a good price.