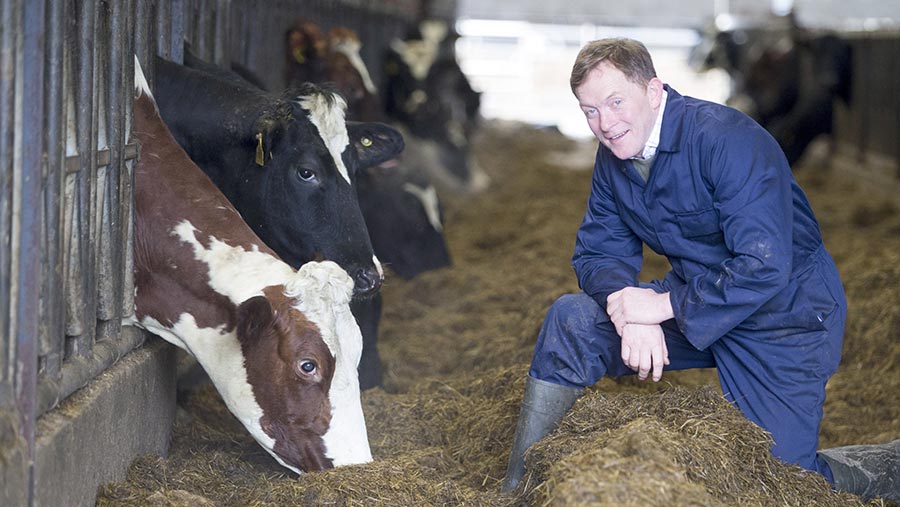 September wasn’t so bad – lovely second half to the month. The soil temperature in mid-September was still 13C.

We applied 30kg of nitrogen at the end of the rainy season and the grass took off, fortunately.

Cows have come through this remarkably well. Cow condition is not too far off where we would like it to be.

Scanning has returned very mixed results this year. Cows were 12% empty, which for us was good, we’re heading towards the elusive sub 10%.

However, the heifers had too many empties.

Bull power was good, yet I’m wondering if there were too many young bulls not finding their way. We tested the bulls recently to ditch the duds and very few were poor.

I have to admit I always cringe a bit when I see the vet testing bulls. It works very well but there’s not a lot of love in the process. I don’t think I could ever be a sperm donor.

We did manage to take third cut and it was very dry, although quality was down because of weather delays.

First and second cuts are wetter than expected, but energy and proteins are good at 11.8ME (metabolisable energy) and 15.4% protein. We shouldn’t need to add too much expensive soya this year.

Calving the autumn herd has gone really well this year despite the wet. Calf health hasn’t been impaired by an all-inside calving – phew!

At the start of October, we only have 50 to calve. We are pushing the start of calving back this year as we have struggled to get good production out of the August-calving cows (getting energy into them and trying to graze being the problem). AI won’t start until the second week in November this year.

After our strategy day we have just employed our next new manager at Purroch. Now my brother James and I must put the work in to make everyone’s lives easier and yet more productive.

It looks like the Brexit fun is nearing the end now, although I do fear the next vote is for Scottish independence, as Nicola Sturgeon has found her next excuse to have another go. The things people do to keep newspapers full.