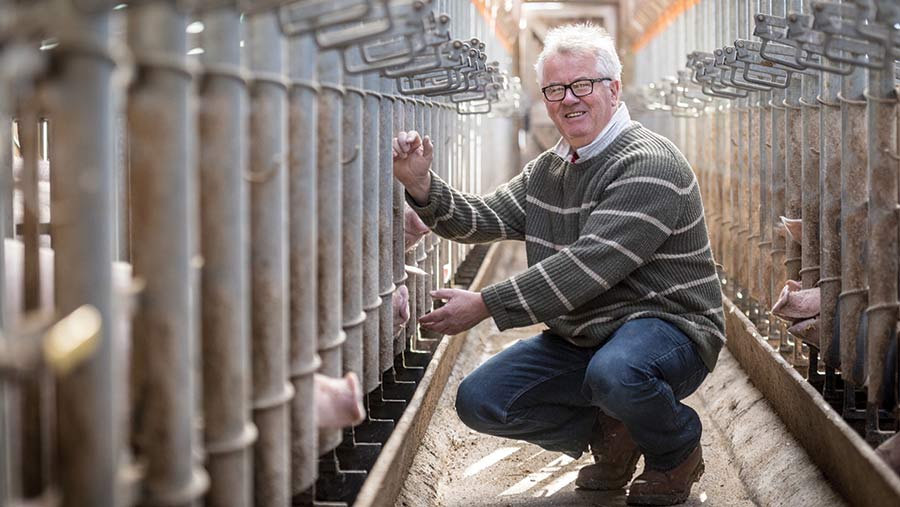 We are still dealing with the ramifications from the record temperatures we experienced in June and July.

The sows that were suckling through most of July have now been weaned and served again. However, they did not come into heat as well as normal.

As I target 95 farrowings every three weeks, it looks as if we are going to be short of farrowings in at least one batch in four months’ time. You can guarantee that from this short service week we will also get more dropouts than normal.

See also: 6 causes of pig infertility and how to avoid them

I have again been asked to be a judge for Pig World‘s National Pig Awards. I’m helping judge the Stockman and Pig Manager of the Year categories.

The National Pig Awards recognise and reward best practice in the British pig industry and are the only awards that are exclusive to the industry.

We were the inaugural winners of Pig Producer of the Year in 2014 and the awards have gone from strength to strength every year since.

There is a panel of eight expert judges (don’t know why they asked me!) chaired by Stewart Houston, a British pig industry legend.

There are 12 different categories and each year has seen the number of entries break the previous record.

It is really inspiring to see the enthusiasm and skill of the entrants. Two fellow judges interview all the trainees of the year normally at the Farmers Club in London and they are blown away by the quality of the entrants.

Sadly, I won’t be able to do any farm visits this year for the Pig Producer award because of biosecurity.

David Owers is a Farmer Focus writers in Lincolnshire. Read his biography.