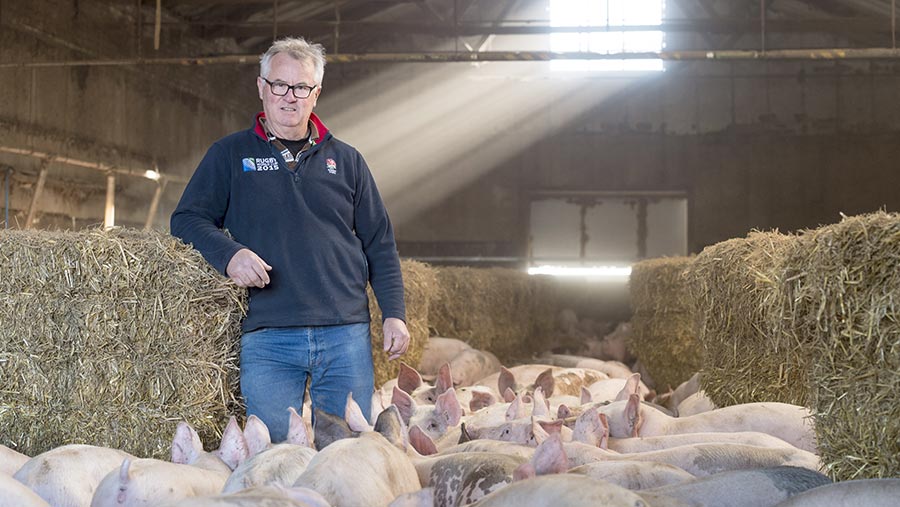 The election result is the one I had hoped for. I want Boris – who I have to say in my opinion is the best of a poor bunch – to use his healthy majority next year so we can manage to exit the EU.

Hopefully we get a trade deal that works for both us as well as the European Union.

I also hope that the devious politicians honour their words that there will be no agricultural products that are brought into the UK produced in systems of production illegal in this country.

I think anything imported should meet our Red Tractor assurance standards as a minimum.

Also on my wish list for 2020, is that I want to see farmers, and in particular the people that are elected and employed to be our farming leaders, start to be more forthright.

We need to counter incessant farmer bashing. If institutions like the BBC are going to join in the bashing with untruths about UK farmers, we must respond.

Performance-wise, 2019 has been an excellent year for us.

The big dark cloud on the horizon is African swine fever (ASF). We are currently benefiting because of the misfortune of Chinese farmers.

As an island, the only way ASF can get into the UK is by someone illegally bringing infected meat into the UK.

It is widely felt by people in the pig industry that not enough is being done at border control to stop infected meat being brought in.

Even if just one pig caught ASF we would immediately lose our export market, which would be devastating.