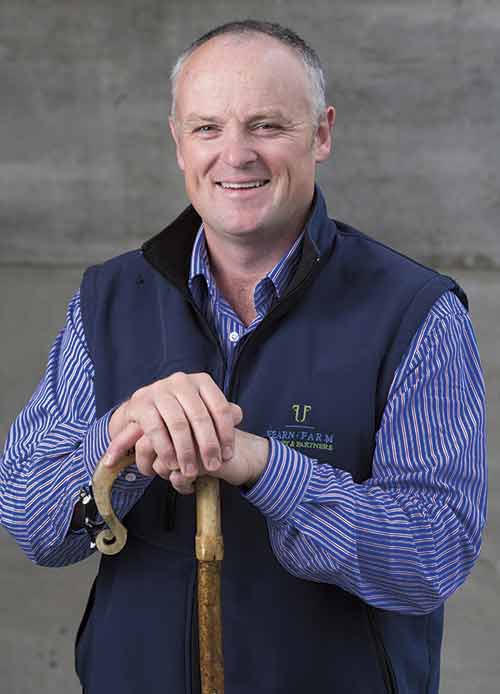 As a general rule, April is the toughest month for us at Fearn Farm. The workload is unrelenting, everyone is tired and emotional and if, like this year, spring is late, feed requirements are high until grass growth really kicks in.

For us, lambing is a bit like going into a dark tunnel – exciting at the start, but before long all you want to see is the light at the other end. Thankfully for us there is now light in the distance and it will be over fairly soon.

Our main mob ewes are now finished, hoggets are into double figures and ewes brought home from a nearby hill block for lambing have done so very quickly, with 85% producing in the first 14 days.

We like to think this is due to good management, with improved pasture quality and strategic use of teasers, but it may also have something to do with the mob of Aberfield ram lambs that were turned in with them – plus a small bit of luck.

This is the first year these girls have been brought home to lamb. Usually they are lambed on a drift system at grass, but a number of reasons necessitated a change.

Predators – including ravens, hooded crows, black-backed gulls, foxes and badgers – don’t help, and with our shepherd Martin in New Zealand for a year, it was easier to check sheep at base camp.

Other than putting pressure on grass it has worked really well and we will certainly look to repeat this exercise next year.

Our final lambing started in Sutherland on 24 April. Thankfully, our stock manager, Garry, handled this along with one of our Kiwi lambers. This farm really needs good weather at lambing time as its position next to sea leaves it very exposed.

One of the main challenges on this farm is the condition of the railway fences – over the years we have lost several sheep.

We have requested that these fences be renewed, and despite local Network Rail employees’ attempts to patch fences, things took a turn for the worse when our cows strayed on to the line recently.

Thankfully the train wasn’t derailed, but we lost one cow and had to euthanise another. Both were four-year-olds, only weeks from calving. This is a real source of frustration as it could have been avoided.

To be fair, Network Rail are acting quickly and a fencing team are now on site, which should let us sleep easier at night.