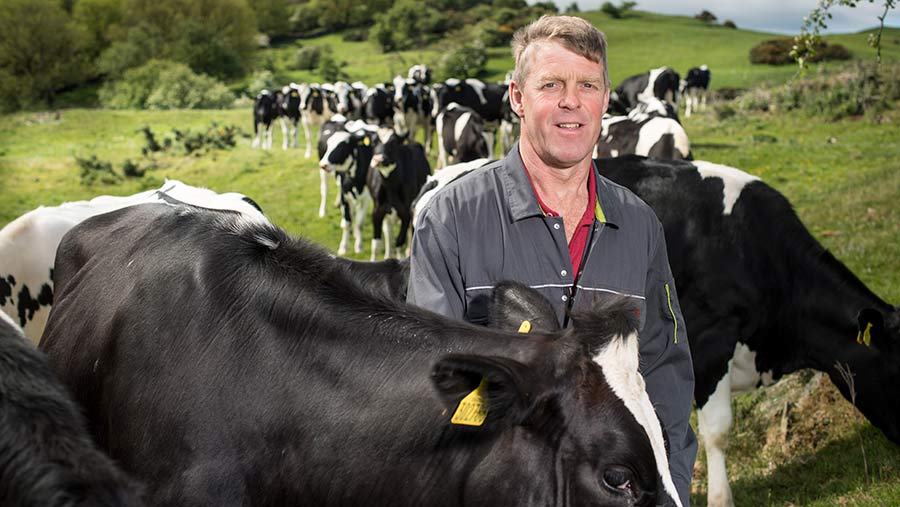 It is hard to imagine we are in November with this mild weather.

We still have 85 in-calf heifers outside, but the slight frost and eastern wind has slowed the grass growth down.

Due to the mild weather and field conditions being so good, it has allowed us to partially empty the slurry tower.

The slats in the new shed are complete and the cows are back into their original shed.

They have plenty more room now and so far, so good.

Michael and Emma thoroughly enjoyed their time at the All Breeds All Britain Calf Show in Malvern, Worcestershire.

Emma let Michael win during their showmanship class seeing as it was his last year competing.

It is a great organisation and great to see as many interested young people from the different dairy breeds doing a great job and getting along.

The future of the dairy industry is in good hands.

I had a journey down south to Alberbury and then on to Shrewsbury Town Football Club with Jane Steel for the memorial service of Bryan Challenor.

It was evident to see what a popular man he was with the amount of people who attended.

We wouldn’t have had the fun with our Tabitha cow if it wasn’t for Bryan.

The dairy industry has certainly lost someone special.

After visiting more than 10 large herds in America, Michael came home still quite content with his 250 milking cows.

Safe to say he won’t want to be expanding any time soon.

Michael is in a Progen group; a group of young dairy farmers of similar ages who meet every three months taking it in turns to visit each other’s farms and make suggestions of improvements in different areas.

So you will have to wait until next month and we can report all of the changes that need to be made at East Logan.

We attended our local night show in Castle Douglas Mart at the end of October.

AgriScot is just around the corner, and that is always a sign the show season is coming to an end.