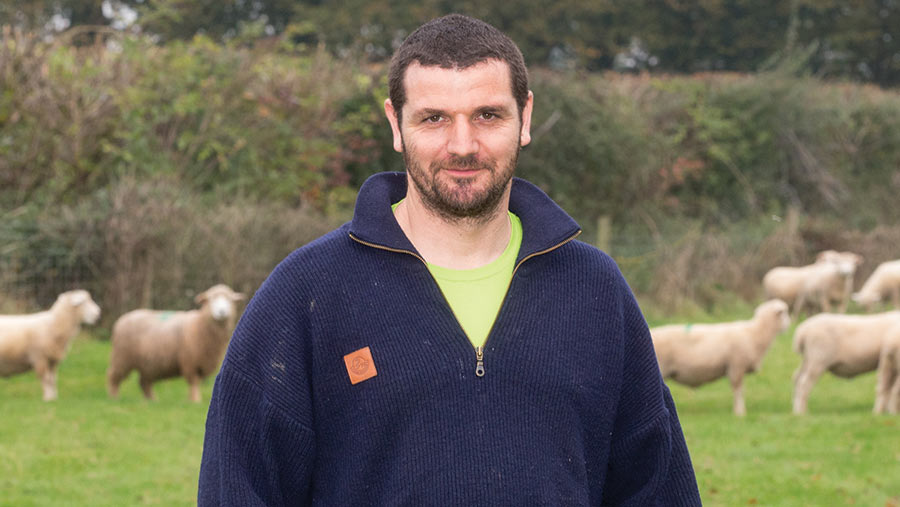 Has the RPA ceased trading? No mid-tier monies, no capital grants money, no BPS, no dialogue – mega stress. Our sheep don’t get any direct subsidy, but the arable does.

It’s more the lack of information than the lack of money for such a young business with so little capital. Our phrase here is “just keep going”.

Small relief has come as we are finally clearing the decks of prime lambs. Growth rates stalled for nearly 12 weeks during the drought, though we should finally see the back of them this month – two months later than last year.

We were tempted to put some of the peas and oats from the shed into feeders to push them on, but we have plentiful stubble turnips and we held the faith.

It also means three fewer pens of electric fencing, so it should cut our routine of three days a week electric fencing down to two – something I know Jo and the kids will be very pleased about.

We scan next week – fingers crossed. The drought has to have had an effect, although we culled hard and all the ewes have been on clean arable grazing for nearly three months now, so they have bounced back well.

We are also really excited to see how the MyoMax Romney rams we imported from New Zealand in the autumn have done.

Scanning rates could be knocked because the rams were imported out of season. We have mated almost 500 to the new genetics and very much believe they will be the future of the flock.

In these dire times, a little project like this adds a bit of fun to the job.

On the arable side, Laurence has been tirelessly getting up early to catch the frost with the plough. I believe he has now knocked over in excess of 120ha of heavy blackgrass ground.

Jo hopes this, combined with some smart chemistry and drainage improvements, mean we should start to see a reduced head count. Shame really – they would make lovely grass fields for the sheep.