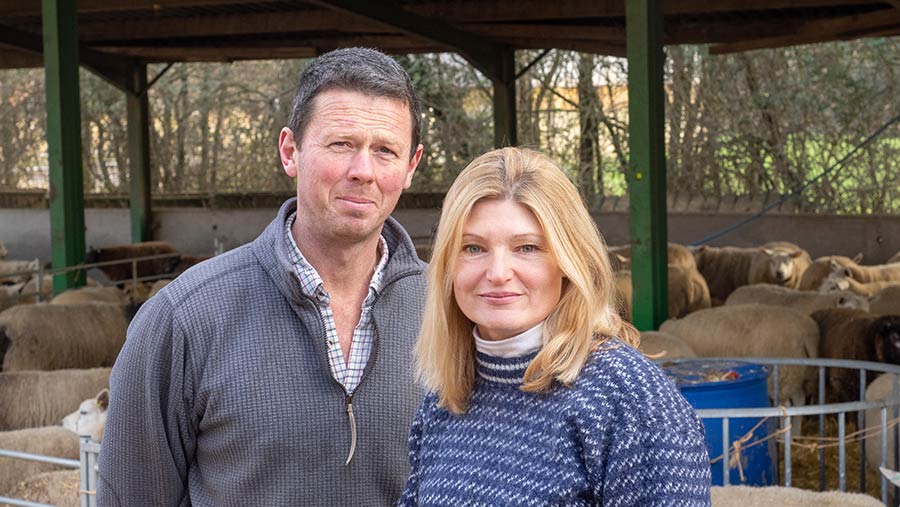 Our financial year ends in March, but we benchmark the ewes at the end of September.

Last year’s results were hit a bit with the drought, but the real pain has come now.

This year has been a disaster, both physically and financially. We lambed a month later and didn’t creep the lambs.

Instead, we relied on the spring turnips that were destroyed by flea beetle.

Enzootic abortion drastically reduced lamb numbers and we have now had to feed some lambs to get them away at the bottom of the market.

Each of these hits has been a five-figure negative. With no subsidy to cushion us, it hurts.

So, being an ever-optimistic farmer, we put the tups back in at the normal time, hoping we can pull a bit back next year.

The Charolais have started calving, benefiting from a dry spell, which reduced grass growth, forcing them to eat some straw.

This resulted in the first three calves averaging 45kg. We tend to average 44kg for heifers and bulls average 47kg, which has fallen 12kg over the past 15 years.

With me away from the farm foot-trimming, we need medium-sized calves that exhibit good vigour.

I am so far really pleased with the first two calves from one of the new bulls.

Following the turnip disaster, we had to deep subsoil, then power harrow, then roll it in dust and wait patiently for rain.

It was rather a long wait, but the rain has now come and with 2kg of clover, it should be the rocket fuel the pedigree ewes and lambs need for next spring.

We finished the summer shows at Newbury with another championship. Our 1,400kg bull has performed amazingly with our 10-year-old son, Richard. He has been showing him and gaining confidence.

What’s more, the bull has been a public relations star. At the Buckinghamshire County Show, he laid down for a little girl to get a photo cuddling his head with numerous others getting their phones out.

For us that was an excellent opportunity to get our message across. Even a couple of vegans had to admit the standard of care shown for the livestock surprised them.