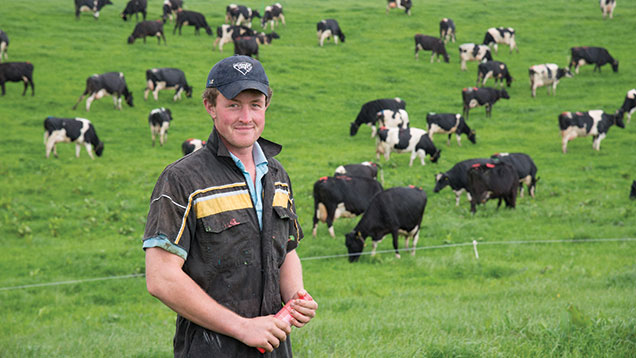 As I stare out the window at 7cm of snow, it still feels like spring is a very long way away. The cold spell has provided plenty of opportunities to contemplate what is worse; the dull ache of icy hands, or that numbing pain as they warm back up.

In contrast, I was recently on the phone to a friend in New Zealand who was talking about their hot summer and resulting drought. With an average pasture cover of 1,600kg DM/ha, they have all but run out of grass and are feeding their milkers a diet that consists primarily of palm kernel.

On top of this they’ve been forced to cut back to once-a-day milking to try and reduce the cows’ feed demand and are in a desperate bid to keep them milking until the rains come.

On the farm in question, dry weather is expected to cut annual production by 25%, hardly ideal in a season where the low milk price will already be restricting profits.

On a more positive note, our cows are looking like fat little pigs, which is raising some interesting questions over how to limit milk fever incidence once they start calving in a couple of weeks.

We are looking at options for mineral supplementation and will seek to partially restrict energy intakes in the close-up group of dry cows in a bid to get them mobilising some fat prior to giving birth, all in the hope of reducing metabolic problems.

It has been interesting to read the looks or genetics debate in recent weeks. As someone who had a misspent youth playing about breeding and showing rare-breed chickens I can definitely see the appeal of pedigree stock and pursuing breed standards. And I wouldn’t swap my pedigree dog for the world.

Nevertheless, I am simultaneously a massive fan of our cross-bred cows, bred entirely on breeding worth (a New Zealand grazing dairy equivalent of an EBV), with little regard for their “looks”. Indeed, my idea of what a perfect cow looks like has changed significantly as it has become apparent which ones in the herd are paying my wages.

That said, I would jump at the chance to exhibit one of our cross-bred cows as I am still incredibly proud of their appearance, even if it would no doubt be laughed out of the show ring.

George Brown won the Farmers Weekly Apprentice in 2012. After a stint working on  dairy farms in New Zealand he has returned to the UK and is now managing the 330-cow dairy herd at Cairnhead Farm on behalf of Robert Craig.