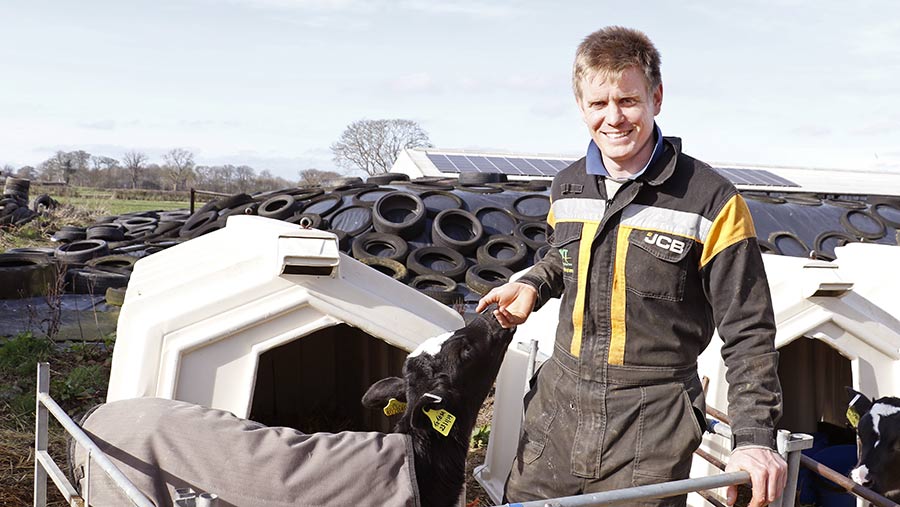 The past two weeks have been full on. In fact, I have been somewhat grateful for lockdown as it has meant there have been no distractions.

We have been able to take advantage of the brilliant weather conditions – which again seems hard to believe, given the winter we have had.

The slurry lagoon has been emptied and the sand dredged in record time. We then devised a plan to deal with our flooded maize ground that resembled a scene from the Second World War.

Two passes with a Sumo cultivator, followed by the roller and then straight in with a combination maize drill has worked nicely, and the last of that maize was sown on 27 April.

In my wisdom, I also decided that following the results of our grass samples and with a wet 10-day period forecast, it would be a good idea to take 40ha of first cut.

At the last minute the forecast changed, and we did first cut and maize over the same weekend.

The gamble paid off and, although the yields were on the low side, quality looks good and hopefully the aftermath will green over nicely. I am not a big tractor man, but I have to say, although I had limited sleep, I really enjoyed myself.

I would like to take this opportunity to thank our contracting teams – The Adams, Stevie Edwards and Pip Edwards – as well as our agronomist Ian Evans, for their hard work.

It is a rewarding time of year. Unfortunately, the news from Muller has been less rewarding.

It’s tough mentally to have to keep readjusting budgets and cutting costs with no indication of if, or when, the market may pick up.

I appreciate we are better off than some other producers, but I think the whole situation could have been handled better.

Let’s just hope this works in mitigating any long-term pain and that the rest of the year will not be as tough.