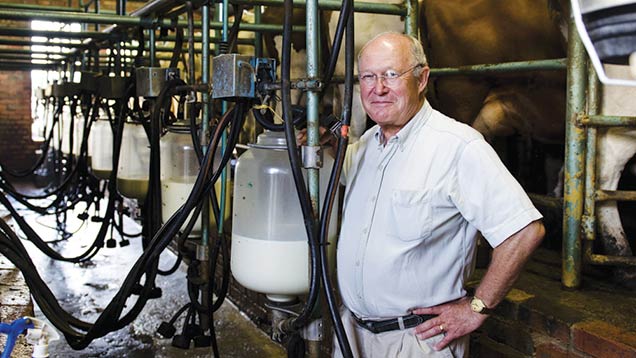 Gratefully, I can report we have had good rains the past few weeks following the very dry period over the past two months.

The Free State region appears to have received exceptionally good rains. But, unfortunately the rains came too late to save the entire maize crop.

In my estimation, it was just in time to save some of the crops to such an extent the whole crop should at least be enough for the internal maize consumption of the country, thereby avoiding the need for imports.

On the farm I have planted two portions with maize. On one portion I have already sent in the cows to graze because there is no chance the maize will reach full cob stage. The other portion may reach maturity, but I won’t bank on it.

The rains were at least good enough to ensure the pastures will be in a good shape at the onset of winter, which is about a month away.

I recently had my annual “exam” – my yearly inspection to be certified as organic.

If I want to expand the herd, I have to buy other Ayrshires and keep them on the farm for six months before their milk can be used for organic purposes. And, to have two kinds of milk on the farm – one regarded as organic and the other as non-organic – is totally unrealistic.

I’m looking to deal with this problem by buying in a number of heifers that are very early in-calf, so that when they calve they will have been on the farm for six months.

Ayrshires are difficult to get hold of because Ayrshire milk is highly sought after; it generally attracts a premium of 10% above the price for other milk. Fortunately, I have been offered some heifers from a dairy not too far from us, which closed down two years ago but decided to keep their calves.

We have just been notified that our milk price will increase by about 6% from May. Not an earth-shattering increase, because our inflation rate is very close to 6%. But it came earlier than expected and must therefore be appreciated.

Danie is an organic Ayrshire dairy farmer who also processes dairy products on his 90ha farm near Pretoria, South Africa.