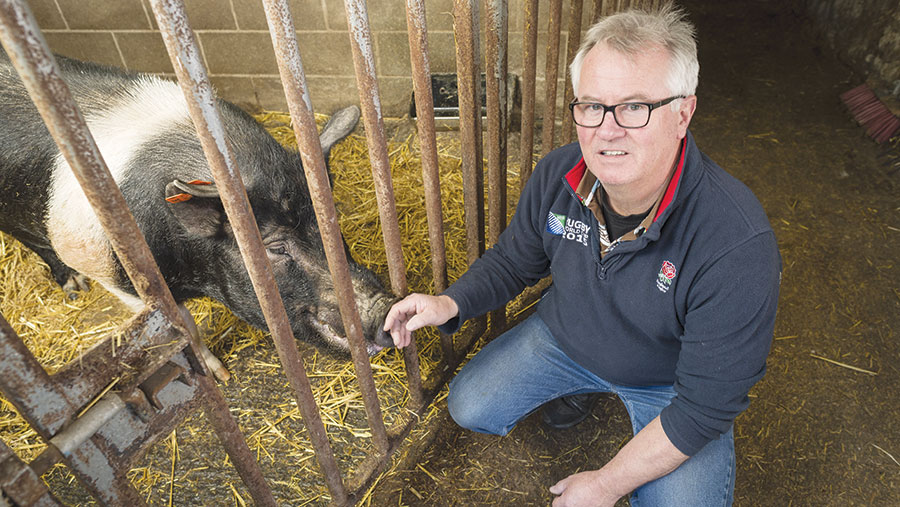 We have been experiencing vermin problems – and not the four-legged kind.

The weekend before Christmas, we were visited again by rustlers who broke into one of our remote finishing straw yards containing 200 40kg store pigs.

They killed two pigs and dragged their carcasses away. I should imagine these are the same people who have visited us three times in the past 18 months.

We do have security systems in place, but they always seem to be able to find our weak spots.

We also had several fly-tipping incidents on the roads near the piggery over the Christmas holidays, which our local council seems quite happy to pick up when they are informed.

Surely police and councils should be more proactive on this one? The perpetrators seem to use the same areas and mostly seem to be rogue builders or tyre fitters.

I can remember 30 years ago – before mobile phones – when I would come across dog men. I would tell them to sling their hook and they actually would.

Nowadays if you approached them on your own you would get a metal bar wrapped around your head – these people are seriously bad guys who are usually linked to serious crime. Some weekends I feel as though I am living in the Wild West.

Christmas week was farrowing time, so after we had done the usual routine stockwork, I was backwards and forwards all Christmas Day and Boxing Day to make sure all was well with the sows and piglets.

During new year’s week we were weaning, which is our most physically demanding week.

We wean piglets and then pressure wash the farrowing pens. We have the same amount of work, but only four days to do it in – as always, the lads rose to the challenge.