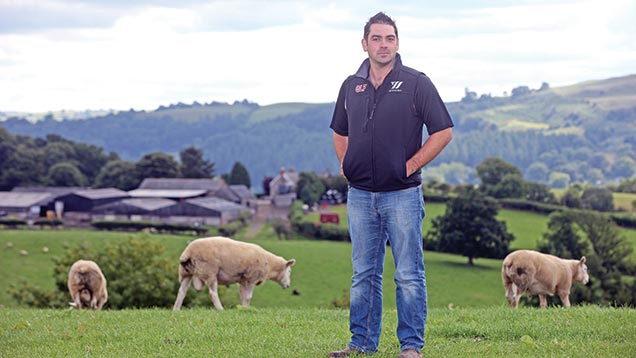 We seem to be in the same situation we have been in before. Supermarkets are failing to live up to their promises to back British produce and a surge of cheaper imported lamb is now stocking their shelves. With prices on a downward spiral and nobody quite knowing where the bottom is, morale is low.

There are other factors that have not helped our depressed prices; another bumper crop of lambs this year, hogget selling running on late into the spring lamb season and a reduction in the price of skins. But what is the answer?

We as a sector are opening our eyes to the realities of trading our lamb in a global market, something we have been naïve to in the past. We naturally blame our southern hemisphere counterparts for their oversupply. But is it their fault? They are in the same situation as us, if not worse, with their lack of a substantial home market to supply and weather extremes that I don’t envy.

Currency exchanges are not in our favour for export trade either, which we are tending to increasingly rely on with our domestic consumption reducing. This whole situation is forcing us to start behaving like supermarkets.

With increased pressure on the small margins we have left, we are forced to put pressure on our suppliers to reduce their margins. This all leads to disastrous consequences for the local rural economy as a whole, which is something we all want to avoid at all costs. More than ever, a focus on cost control is critical.

First-cut silage has been completed. The quantity was down, but quality was up. The seeds we have sown are in need of moisture to help kickstart them. Lambs are continuing to grow reasonably well and hopefully we will have a draw soon, as weaning is just around the corner.

The breeding ram lambs and yearlings due for sale this autumn are performing well alongside our finishing lambs. This is a new joint venture we have entered into alongside another breeder, hopefully producing breeding rams for commercial farmers on a forage-based system.

Tom Jones lives on a 200ha upland beef and sheep farm near Lake Vyrnwy, Montgomeryshire. He also has a contract shepherding business looking after ewes locally.