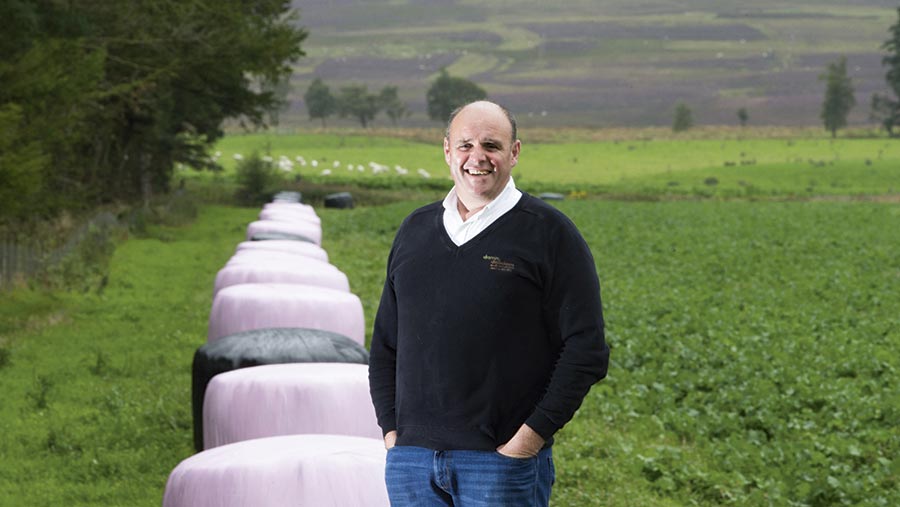 Phew! What a Christmas and New Year in the shop.

It was our busiest festive period for five years, but like many others I find January a very hard month to stay positive. Cold, short days are never conducive to a positive mindset.

The next year’s sheep production has been determined as the tups are now out and ewes are in surprisingly good condition.

I am convinced I am seeing the benefit of the twice yearly bolusing of ewes, with fewer deaths and better condition scores.

The main group of cattle has just finished the crop of Swift, which was being grazed with an area of swedes, and has now moved on to Maris Kestrel kale and another strip of swedes.

This year, instead of getting two bales of silage per day, I have reduced them to one, with the emphasis on production from the forage crop and swedes.

It seems to be working. While I haven’t weighed that group yet, they look in fantastic condition.

However the group of cattle that are on fodder beet and ad-lib whole crop haven’t been performing as I think they should. They have just been treated with a cobalt, selenium and iodine bolus and dosed with a pour-on so we will see if they improve.

The other group all got a bolus and were dosed as they were put on to the crop in October.

I am less sure if fodder beet has a future on the farm the more I grow swedes, which are so resilient, cheap and easy to grow.

The remaining lambs are mostly big enough but not quite finished, I am not concerned because all indicators are that, at worst, the price will remain constant.

While the beef price has increased it still has a long way to go to put us back into profit.

I have just started the process of an Integrated land management plan with my farm adviser – two heads are better than one.

The idea is to totally review everything and make the necessary changes to the whole business, including Damn Delicious, to create a clear plan for the next 10 years which will take me near to retirement and therefore give me an exit strategy.

Michael Shannon finishes 150 head of mostly Angus beef stores each year and runs 280 Scotch Mules on a 100ha forage-only enterprise near Biggar, Lanarkshire, as well as free-range turkeys for Christmas. Meat is sold through his online business and farm shop Damn Delicious, with surpluses sold deadweight.