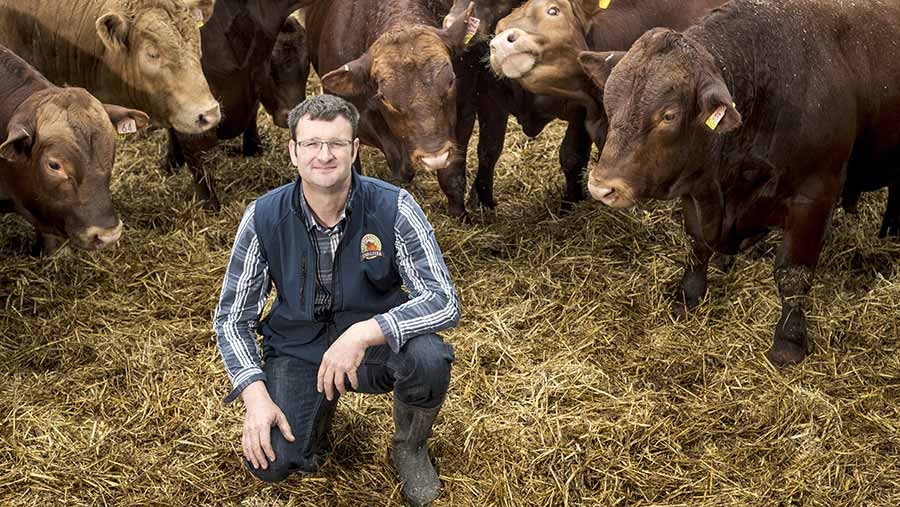 It’s been a tale of two halves here at Osgodby Grange.

December was a mild, clammy month, with little or no wind. We have humidity-controlled fans in some of the cattle pens and day after day they were reading 85% and above, which is quite high.

It’s always a nervous time when the microclimate is like that – humidity is a major cattle killer.

The other effect of high humidity is that we use vast quantities of straw to try to keep the cattle clean.

We had a buffer of 600 old-crop bales and we have made a serious hole in those, and it is now looking unlikely that we will make it through to the end of the season.

January, on the other hand, has been much more favourable. Humidity has been running at 70% and below with cool, dry air.

The cattle are shiny and thriving and we are now trying to even out the average daily bale count.

All the prime cattle that have gone out of the yard have been clipped for slaughter, which involves bellying out, clipping the brisket and back of the legs. The latter two are difficult and dangerous to do.

I don’t understand why for a small fee, the abattoir couldn’t clip the cattle when dead, which would be a lot less stressful for the cattle and clipper operative.

New government plans were released on the Clean Air Act concerning ammonia emissions, and for once they don’t look too onerous, with good capital grants for practical solutions to reduce ammonia emissions.

Red meat has taken another hammering this new year. With the “save the world diet” you can now only eat 14g of red meat a day.

Your other livestock-related products extend to one-quarter of an egg, but there are no dairy products in the diet. The shortfall is made up of vegetables and genetically modified soya products grown on freshly cleared rainforest.

Needless to say, here at Osgodby Grange, we are having a vegan-free February, starting off with two 14oz tomahawk steaks on the BBQ.