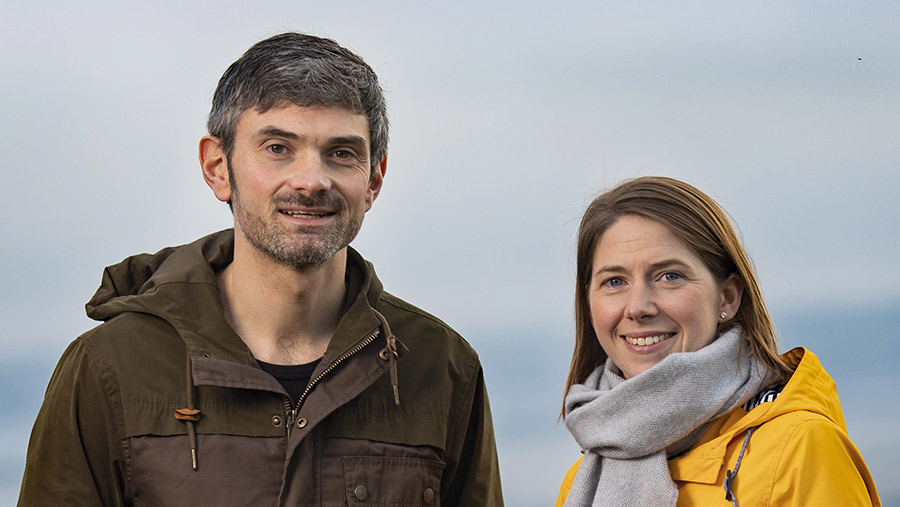 Farming is generally a somewhat controlled transition from solving one problem to another, which is often when the greatest innovations occur.

Being relatively “new” to farming, a large part of how we have adapted has been through education, keeping up with research, reading, talking and learning from others.

Each problem we’ve faced, whether big or small, has often involved hours of questioning what works for others, what the research says about it, and how it will work with our farm.

We waited for a break in the dry April weather to tackle some reseeding, and managed to get one section sown with clover and perennial ryegrass as soon as the rain arrived.

The other area planned for reseeding is on a steep hill. Following the drought of 2018, it had never fully recovered: weed grasses predominated and production had bottomed out.

Up to this point, my knowledge of grassland production has revolved around nitrogen, phosphorus and potassium, otherwise known as N, P and K.

Recent soil samples informed me that pH was good at 6.6 and K levels were at index 3 (on the Irish system), while there was an issue with P levels at index 1.

We kept coming back to the need to improve resilience in this dry weather, and adding more P didn’t seem to be the answer.

It was from here that we began to do a bit of reading around the topic of soil health and resilience.

Starting with the authors Gabe Brown and Nicole Masters, a whole new vocabulary has been revealed around mycorrhizal fungi, vermiculture, humic acids and biostimulants.

Many farmers have been practising regenerative farming for years, but just like when we started out and the language of grass-measuring was double Dutch, it is interesting to delve into something different.

The plan for the moment is to aim for minimal disturbance of the soil, planting a multispecies grazing mix of grasses, herbs and legumes, and learn as we go.

We will work with the theory that species with different rooting depths might cope slightly better with droughts. We have a long way to go to work on increasing soil organic matter, among other things, but as a first step we hope we are going in the right direction.