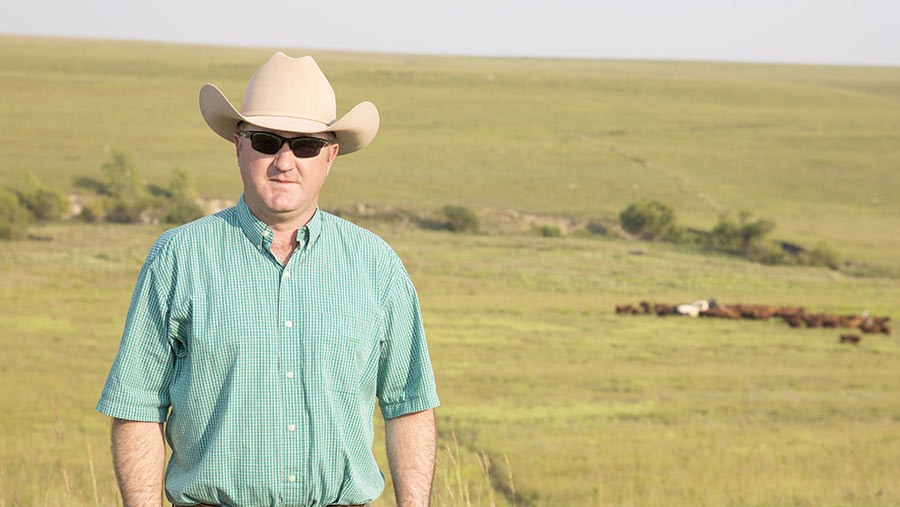 Good riddance to a terrible summer.

August is supposed to be the hottest, driest month of the year for us at temperatures of around 40C for days on end and no rain.

August 2017 to August 2018 was one of the driest years on record. We got a third of our average rainfall and scorching temperatures.

We’ve been battening down the hatches to survive. We early weaned all of our spring calves – some as young as 110 days.

The neighbours’ corn crops were all complete failures so we harvested it as 7,000t of silage for the cows. Never before have we fed silage – we feed hay – but this year is different.

The average yield was 0.86t/ha. Our hay prices have more than doubled so we were happy to have it.

Then it rained. We have had 11.5cm of moisture and the average temperature has been about 4C below normal.

Grass has come to life and is greener than it has been in a year – such strange weather but welcome for sure!

The drought and low commodity prices we are experiencing have started to transform the land. We have marginal clay ground and unpredictable weather so arable has never been this area’s strong point.

Current conditions have made it impossible for most to continue. One neighbour told me that he had total costs of £385/ha in his soybean fields this year.

Currently, US soy is trading around £78/tonne below the world market because of the Chinese tariffs – next year my neighbour will grow alfalfa.

Another farmer is planting gamagrass (the queen of grasses) instead of arable, and ground that had the maize and beans we just silaged is going into grass.

I’m sure the big companies don’t really care about what happens in our little part of the world – it doesn’t break my heart that we are cutting them out of our production models either.

It’s easier to be profitable without a $300,000 combine sitting around 11 months of the year depreciating.

Rain has made me wonder if maybe we all panicked and things will change. Will Trump be out of office? Will the Chinese go hungry?