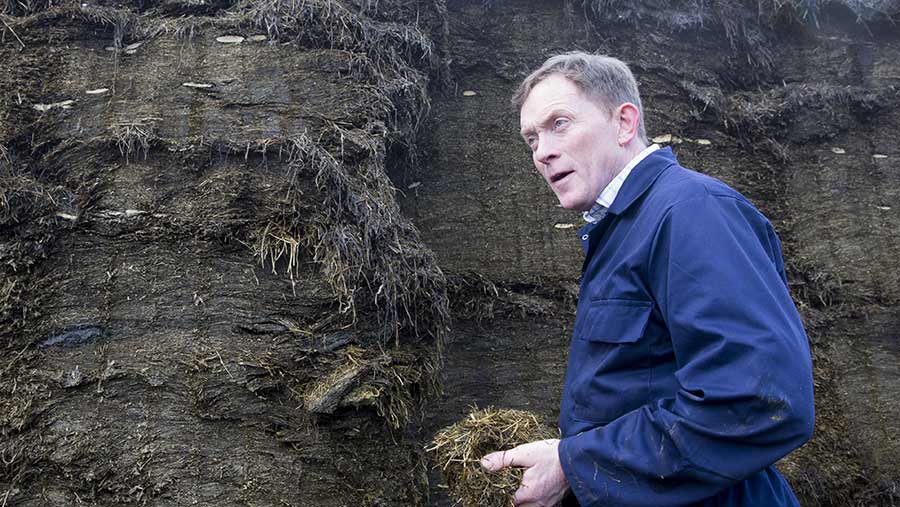 We’ve grown 6.13t DM of grass up until the fourth week of June. By the end of April we had grown 1.5t DM more on the platform than at the same stage a year ago.

Second-cut silage on the autumn unit was finished on 13 June. We have more grass after two cuts than we did after three cuts last year.

As I write we are on week seven of the breeding season and the bulls have gone into both spring-calving herds.

We Estrumated the heifers three weeks before artificial insemination and then inseminated them in a tail painting system with sexed Holstein-Friesian semen.

We kept AI going to weeks four and five with Angus this year to make sure of the returns from weeks one and two. We have plenty of bulls in now, so fingers crossed.

With such an amazing grazing season this year the heifers are looking great.

Milk has been flowing pretty well at around 24 litres from 3kg concentrate a day, which is where we need to be to hit our 3,500-litre milk from forage target.

However, butterfat is a bit low at 3.9% with the good quality grass covers we have now.

Mr Müller doesn’t want any extra litres over our profile until the end of June so we are feeding whole milk to calves.

I spent three weeks in June helping our new staff member with the movements of the cull cows. I had forgotten what a lot of work it is.

Much respect to those everywhere who thanklessly make sure everything is in order. Roll on a national electronic tag scheme so that we may bin the passports forever.

Recently, I’ve been able to catch up with some great friends at the Highland Show.

I’ve also been paintballing and managed the fastest milking I’ve ever done with 10-year-old William Rawson.

I then went to see the pop star Pink give an awesome concert in Edinburgh. She must have as much raw talent and energy per kg as anyone on earth!

I must thank Asda for letting the audience park their cars next to Hampden Park as the parking around our national stadium is non-existent.