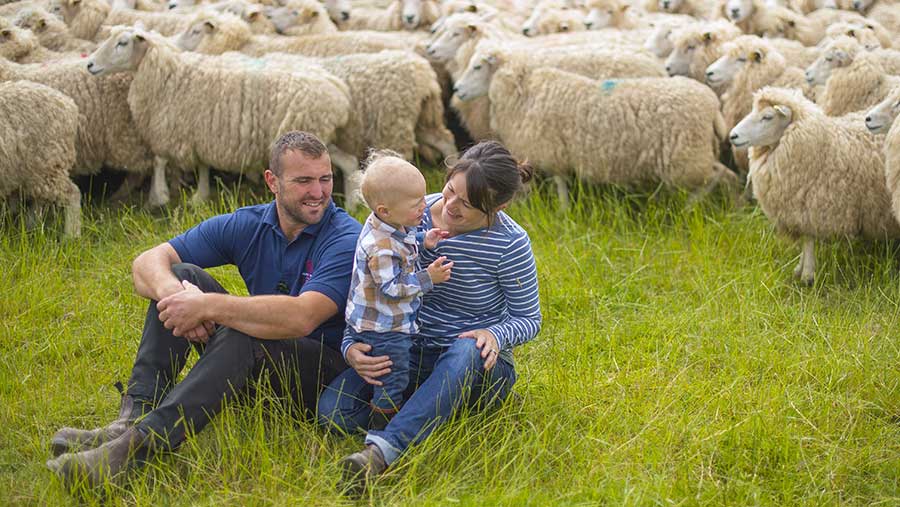 It’s the time of year again when we have to make sure we have enough teasers before tupping, so we are vasectomising a few more rams. I am considering going up the race myself and having it done.

Our youngster George (now two months old) seems to think that sleep isn’t needed as much as we do. Funny enough, the vets thought I was joking when I booked in five rams and a farmer no longer fit for breeding.

Pip has been pushing for us to sort out all our life/critical illness insurance and our wills in case of the worst happening.

Read more from all our livestock Farmer Focus writers

I think it is something all too often ignored, which can leave a mess behind for others to sort out or fight over. It is peace of mind to know that everything is in black and white for our children.

On a happy note, the grass has made a nice comeback after the dry summer and it is looking promising that we will go into winter with more than enough feed.

We have also been able to put in a few green crops to strip graze, both for the deer and sheep.

We have started to sort things out for an AI programme for the deer, which is quite exciting as we have the opportunity to take advantage of some of the best eastern European red deer genetics.

The only frustrating thing is it is such a long-term investment – both in time and money – but we have to keep moving or we will get passed by.

Unfortunately, I’m finishing on a negative note. As some of you may have seen, video footage of shearers mistreating animals was recently circulated online. I do not excuse any form of hitting sheep.

Yes, the story was very one-sided and hard to watch, but as farmers we seem to be seeing a massive rise in people looking to portray us as very aggressive and uncaring towards animals, trying to destroy what most of us really are.

So, if you see anyone doing anything unacceptable, tell them to cut it out, as it’s giving shearers and farmers a bad name and image in the public eye.

Matt and Pip Smith are  Farmer Focus writers from Cornwall. Read their biography.