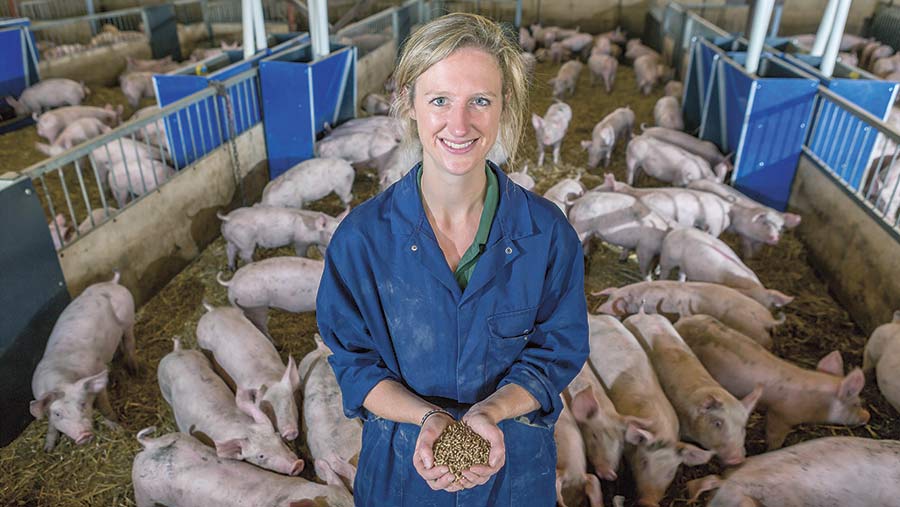 Having just completed a successful set of audited accounts for our last financial year, I find myself wondering what 2018 will bring.

Prices have dropped off, as they often do in January, but sit at a similar level to this time last year.

With sterling showing no signs of strengthening, there are some positive early signs for 2018.  However, both global and domestic production has risen, which may dampen down prices both at home and in the export market.

The AHDB predicts the rises will continue through 2018, with pigmeat production possibly reaching its highest levels since 1999.

In 2016-17 we recorded one of our best profits for the pig portion of the business. Price and improvements in performance and health played a major role in our success last year.

We trialled the JSR 900 terminal sire for our sixth batch and, although we expected good results, we are really pleased with the outcome.

We sent 800 pigs during a two-week period over Christmas, which averaged 112.7kg liveweight at 152 days old, giving a daily gain of 840g from weaning.

We managed to reduce veterinary and medicine costs last year, but I think if we want to turn a good profit in 2018, we need to strip more cost from the system. In the long term, investment in new buildings to take pigs an extra week would be the ideal.

One of the uncertainties on the horizon is clearly Brexit. The main concern for the pig sector is the negotiation of a tariff-free trade deal with the EU.

Without one, the market could be flooded with cheap imports, putting UK producers at risk.

Brexit is certainly reducing farmer confidence to invest, but the pig industry welcomed Michael Gove’s speech at the Oxford Farming Conference, particularly his comments on  spending on infrastructure and technology and skills, reducing bureaucracy and championing British produce.

We have operated without direct payments thus far and just want the government to give us the confidence to reinvest in our own farms for the future benefit of the industry as a whole.