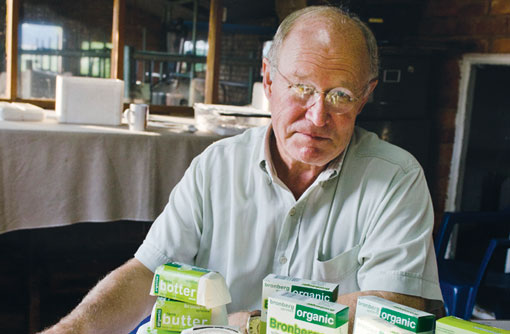 At one stage I was worried our good, rainy season, which started early in September last year, would have a sting in its tail.

For a period of three weeks in March we had very little rain and high temperatures. But, then towards the end of April we had good rain, and even some in middle May.

This brought the total for the season to more than the previous season. This will definitely help us through the winter when we normally do not get any rain.

This, sadly, does not apply to the whole of the country where rain was patchy and late in the major maize growing areas. It is quite possible, as a result, maize output for the country as a whole could be lower than expected.

The other season, which started earlier, was the price adjustment season for milk. Normally this only happens in the deep of winter when production is at its lowest. This year we saw fairly wide-ranging milk price increases in April. In some cases this must have been owing to decreases late last year, which were not market-related. The average rise was about 10%. We will have to see whether the rise will have the desired effect.

The third season is the Dairy exhibition season. This normally starts with the National Dairy Championships held near Stellen­bosch, Western Cape, early in April. This is then followed by the Bloem Agricultural Show.

We entered our cheeses and butter in both shows and came away with two first prizes and two third prizes. I was not only impressed, but very surprised.

With our recent successes it seems we will all have to take our cheese-making more seriously.