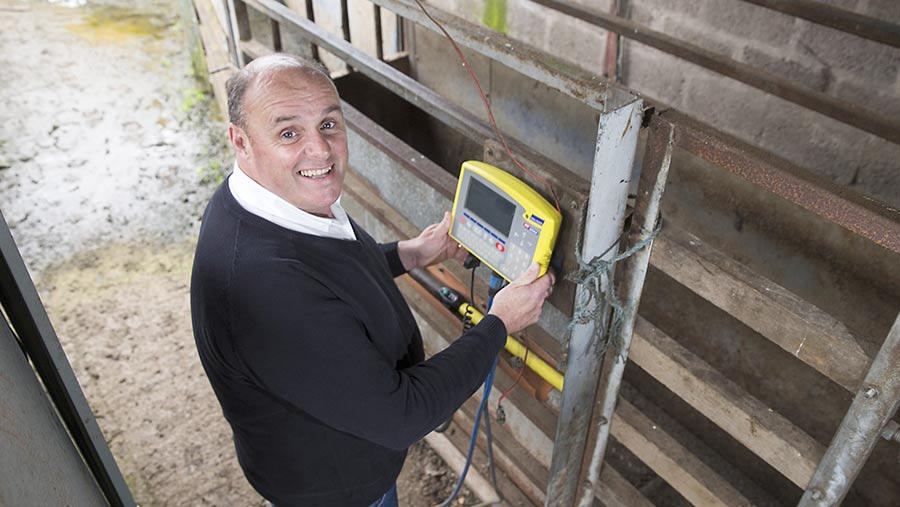 All cattle have been weighed again to check performance. My wholecrop results were disappointing (ME was only 9.4) and I was told by the nutritionists that if I was feeding it to young cattle I would need to supplement.

However, before buying more very expensive feed I decided to wait until I had the results from the ultimate judge – the weigh scale. This turned out to be a good decision as the cattle had a daily liveweight gain (DLWG) of 0.84kg.

I also weighed the group that are grazing the “field TMR” of swedes, kale and silage and was pleased to confirm that they too are performing as I wanted with a DLWG of 0.6kg.

This is the first year I have grown swedes. As with all other crops on the farm they were put in as cheaply and as simply as I could – ploughed and then sown with a one-pass – no drills.

While the bulbs aren’t the biggest, I think I have more plants than if I had sown them in drills and they have yielded 8t DM/ha.

I know I could do this better so will try again next year. I have five different swede varieties and one of the most striking things was the leaf retention, or lack of in many cases.

This is interesting because most of the energy is in the leaf. One variety stood out and still has a huge amount of leaf even in February.

There are only a few fattening cattle left and this means – as long as we don’t get too many big frosts – that I am going to have surplus fodder beet, which I plan to graze with the ewes prior to lambing.

The whole sheep enterprise has been running much better this year and I put that down to the good advice I have been given by the members of our QMS (Quality Meat Scotland) grazing group. There is no doubt that 15 brains are better than one.

In the next week I will be joining up with my next group, which I am very excited to be part of, as a GrasscheckGB farm.