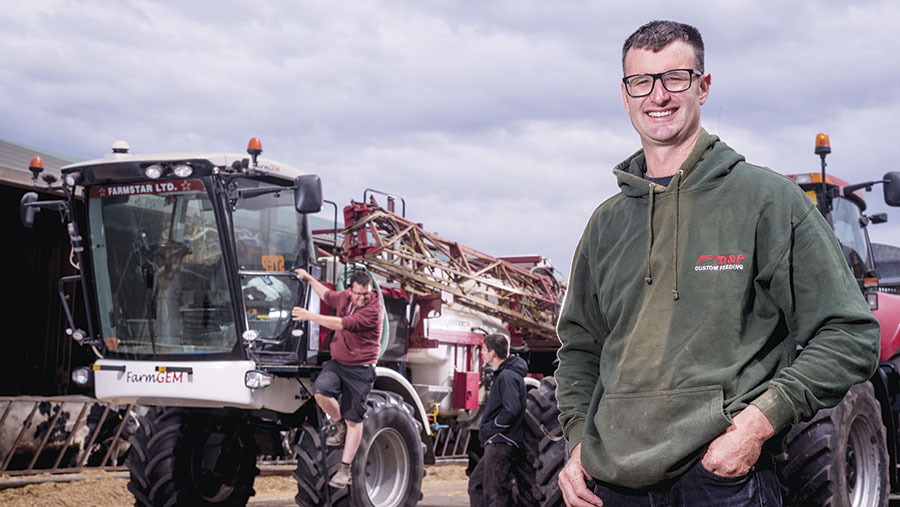 Welcome to Yorkshire, where we are all in the same boat – literally.

It has rained nearly every day since 22 September, with a few days’ respite in mid-October.

It just stopped raining enough for me to decide the drill could venture out to drill 48ha, which then ended up rotting off. I eventually gave up after bogging the Vaderstad and creating the Selby ship canal.

Chopping the maize was equally fraught. I would like to thank Matt Dowson and his team, who, with an unbelievable amount of perseverance and patience, managed to get 80% of the maize into the clamp.

I spent the whole campaign on the Magnum, pulling partially loaded trailers out of the field. By the end of it, I was knackered, as was the chain.

The problems continue. Mucking out is a nightmare, as we can’t find anywhere dry to tip.

Luckily, we did a land swap this year – spuds for maize – which gave us access to an RAF Riccall runway, and we have been tipping off the side of the hardstanding.

If bomber command needs to mount a 1,000-bomber raid, they are definitely not going to get airborne.

At the moment, I keep getting asked by various processors for commercial cattle, by which they mean continentals.

Unfortunately, as the yard is predominantly full of native breeds like Angus and Herefords, I can’t oblige. Why does it come as a surprise to the processors that when the beef price is at rock bottom, producers are going to go for a premium product because of the two-tier pricing structure?

At long last, the fightback has begun for championing the cause of beef. It has been brought to light that methane has a half-life of eight years and is not comparable to carbon dioxide.

If as an industry we can reduce emissions by a half percent, then climate change stays in balance.

If we reduce methane in ruminants by 25%, which is totally possible, then we will have a huge negative warming effect. Cows do not equal cars.