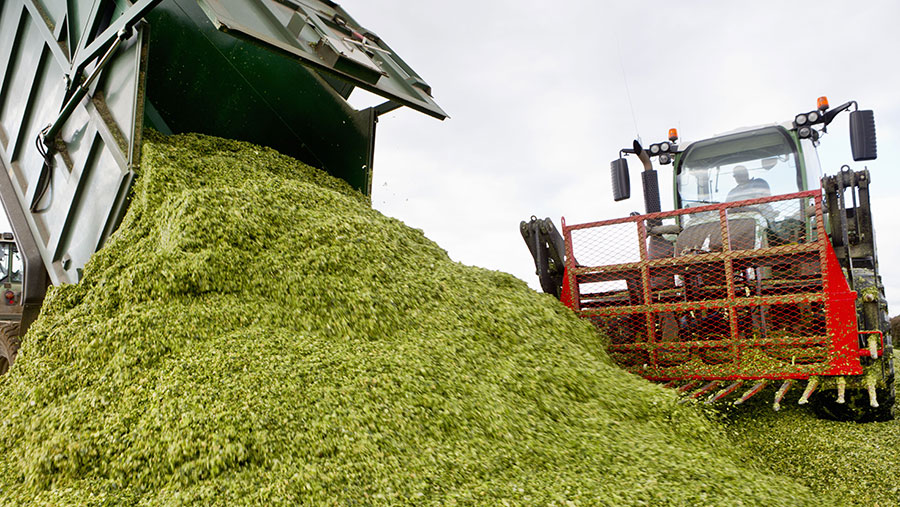 Initial analysis of maize silage suggests that it may not provide the immediate boost to production that many farmers are looking for.

Analysis of 600 samples taken this year by Trouw Nutrition shows that ME content is lower on the year.

Trouw Nutrition GB Ruminant Specialist Tom Goatman says that many of the differences between maize harvested this year and last year can be attributed to substantially different growing seasons.

“Last year, farmers delayed harvest in the hope that crops would eventually mature with many maturing at least two weeks later than expected. They were then hit with very wet weather, which made harvest a lottery,” he comments.

“This year, favourable growing conditions and an atypically warm September meant crops matured quicker, while the driest October for 65 years made for harvesting in near perfect conditions. However, this has implications for feed value and likely performance in the diet.”

Mr Goatman says the lower ME is partly due to lower starch content, which is a reflection of the more mature crops.

“The other factor influencing lower ME is the reduced digestibility of the vegetative parts of the plant, meaning less energy is available from the stem and leaves. NDF digestibility in the rumen is down from 61.1% in 2015 to 57.3% this year, an indication of overall plant maturity.”

What this means for cow performance

“When formulating diets in the early winter, farmers may not see the usual boost that maize gives to production because of the change in starch content and the impact on rumen fermentation.”

Mr Goatman suggests increasing the supply of rapidly fermented carbohydrates available from other sources, such as wheat, to ensure the diet provides sufficient quickly available energy to support effective microbial and rumen function.

He says these sources can be trimmed back later as starch degradability in maize improves to reduce diet costs.

“As maize matures in the clamp and starch degradability increases, so production from maize should increase. It will be vital to analyse clamps regularly to exploit the benefit of improved feed potential.”