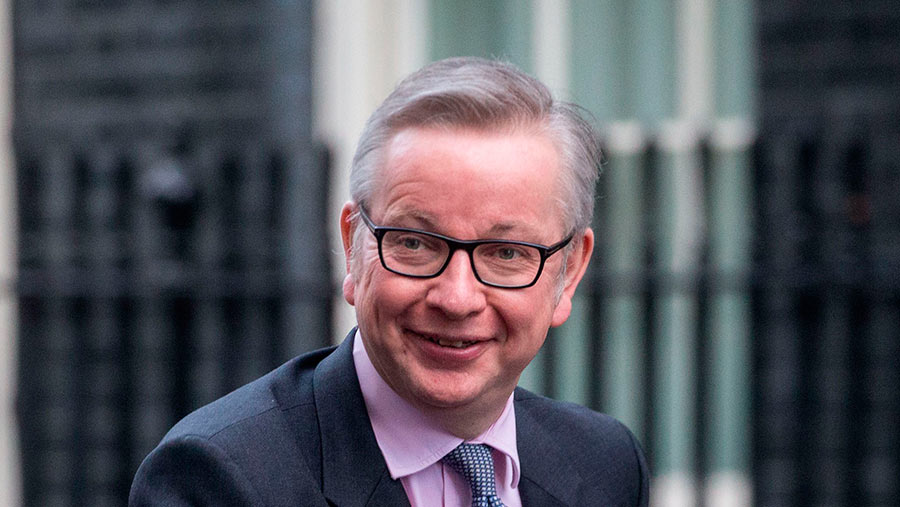 Michael Gove has defended livestock farmers under fire from vegans and vegetarians by insisting eating meat is crucial as part of a balanced diet.

Speaking at a conference on the Future of UK Farming, organised by the Sustainable Food Trust, Mr Gove outlined part of his Brexit vision for UK agriculture – and became the first Defra minister to accept the critical link between sustainable food systems and healthy diets.

Mr Gove told the audience that while he respects the rights of vegans and vegetarians to choose a meat-free diet, people should not be “shy or abashed” about promoting the benefits of eating meat in a balanced diet.

See also: How to respond to Defra’s agriculture policy consultation

He added: “A balanced diet, rich in fresh fruit and vegetables, beans, pulses and cereals fresh dairy produce and protein sources such as fresh fish, offal and properly sourced meat is crucial to human health and flourishing.”

Mr Gove was challenged over the effects of livestock farming on the climate and climate change. According to the DECC, agriculture is responsible for 7% of the UK’s carbon emissions, with livestock production responsible for an estimated 5% of total emissions.

But the minister told the Guardian it was not his job to “micromanage what goes into a shopping basket”.

The Sustainable Food Trust has long argued for recognition in the UK, where two-thirds of farmland is under grass for sound environmental reasons, that grazing animals and red meat are critically important to sustainable food production and healthy diets.

Patrick Holden, chief executive of the Sustainable Food Trust, said it was “heartening” to hear Mr Gove recognise that livestock will play a central role in sustainable farming systems in the future.

He added: “The new thinking about the need to rebuild soil fertility and biodiversity through a mainstream switch to sustainable food systems suggests we are nearing a tipping point.”

Mr Holden said the industry was at a “tipping point” of a major-scale transition to mixed farming, reintegrating food production with nature conservation and rebuilding soil fertility and biodiversity through a mainstream switch to sustainable food systems.

Farmers and land managers representing many hundreds of thousands of acres gathered at Fir Farm, in Lower Swell, Gloucestershire on Friday (27 April) to learn more about the opportunity and challenges of switching to sustainable food production.

Defra’s consultation on the future of UK agricultural policy ends on 8 May.