Efforts to continue managing inbreeding effectively within UK dairying are to be bolstered through two key improvements, Farmers Weekly can reveal.

AHDB Dairy’s inbreeding checker will undergo a “phase two” augmentation which will consist of farms benchmarking inbreeding and the addition of a check on harmful recessives.

The changes are at least nine months away, according to Marco Winters, head of animal genetics at AHDB Dairy, who is urging farmers to look at their own specific inbreeding levels as well as remaining conscious of the industry threshold of 6.25%. 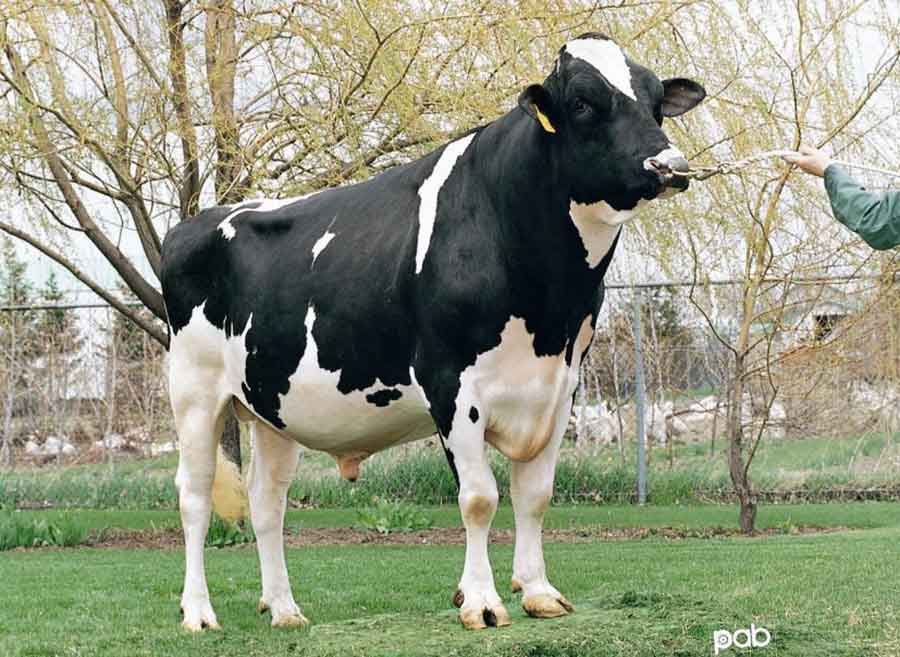 “Through benchmarking we aim to ask farms where their herd sits with the national average,” explains Mr Winters.

“We need an acceptable level of increase for a generation and that depends on where inbreeding has been on a farm and where it could go if you use the bulls that you want.”

A key ancestor of the modern Holstein breed, Pawnee Farm Arlinda Chief, carried a recessive gene causing embryo death of if matched up on both sides of a calf’s sire and dam line.

The mutation is known as HH1 (Holstein Haplotype 1). Last year, a Haplotype called HCD (Holstein Cholesterol Deficiency) was traced back to Maughlin Storm.

Born in 1962, Arlinda Chief is one of the most widely used bulls in modern Holstein dairying, explains Dr Darren Todd of Holstein UK, who says nearly all Holstein bulls today have their Y chromosome from Chief or Round Oak Rag Apple Elevation.

See also: Risk of cattle inbreeding in the UK is low

“Most mammals carry deleterious recessive genes of this nature, including ourselves, however, negative effects at a population level only occur when an individual’s genes become widespread in the population – through AI in this case.”

Furthermore, the Journal of Dairy Science reports that scientists have this summer improved the accuracy of the testing for Arlinda Chief’s HH1 mutation.

Previously, testing found the relevant haplotype (chunk of genes associated with the mutation), whereas now geneticists can test for the specific gene, meaning fewer false positives.

“There is always a balance between inbreeding and genetic gains, and every mating carries some manageable risk,” he explains.

“Controlling inbreeding to a sensible level is a good policy and luckily we now have genomic tools that allow us to monitor the population.”

What is your level?

While an industry inbreeding standard of 6.25% is useful, its essential that farms ask question of their own herd, says Andrew Rutter of Genus.

He warns that stock bulls have been observed to result in inbreeding levels of 15%.

“Anecdotal evidence and checks on farms have shown this – it could be higher,” says Mr Rutter. “There tends to be less information about these bulls so the more recording and understanding the pedigree and the data the better.

“You need to think which traits are important to you. Sometimes a degree of inbreeding will be necessary but it depends on several questions.”

“We talk in the industry about 6.25% and this is an arbitrary figure for the national herd – your profit line is not influenced by the national average. Ask yourself and try and figure out what the current cost of an extra 1% inbreeding is to your herd.

“Inbreeding can manifest itself in unknown levels of low yields and infertility among other things. The benefits of inbreeding and the genetic gains outweigh the problems providing you can check for known recessives.”