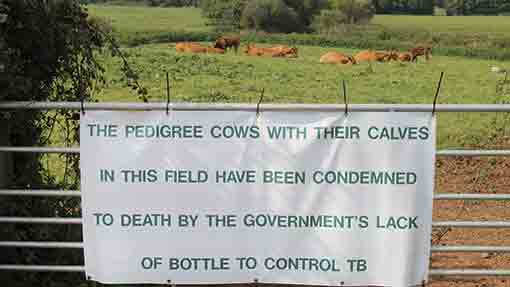 Five farms on the National Trust estate that championed badger vaccination in the fight against bovine TB have succumbed to the disease.

Since 2011, the National Trust has vaccinated 539 badgers within a 20sq km area on its Killerton Estate in Devon.

Project manager Alex Raeder said: “We have achieved pretty high rates of vaccination. What we would call for now is a national scientific study into what effect vaccinating badgers has on bovine TB.”

He said the project was designed to establish the practicality and cost of vaccinating badgers in open countryside, not to measure the effect on TB in cattle.

One farmer on the estate, who has had six infected pedigree cattle and a cross-bred calf slaughtered this week, said the vaccination trial had not helped farmers.

“The vaccination programme here hasn’t worked for farmers, and the badger population has got out of hand,” he told Farmers Weekly.

But he blamed the TB situation in England on the government, which he said was not doing enough to tackle the disease.

“The government is making life more and more difficult. We’re losing complete pedigree bloodlines, the compensation is insufficient, and from October we can’t use isolation units, so all our pedigree bulls will have to go to slaughter. It makes a mockery of investing in the best genetics, and the stress of living like this is huge.”

The farmer, who requested not to be named, had erected a sign on the Killerton Estate to raise awareness among the general public about the effects of TB. It reads: “The pedigree cows with their calves in this field have been condemned to death by the government’s lack of bottle to control TB.”