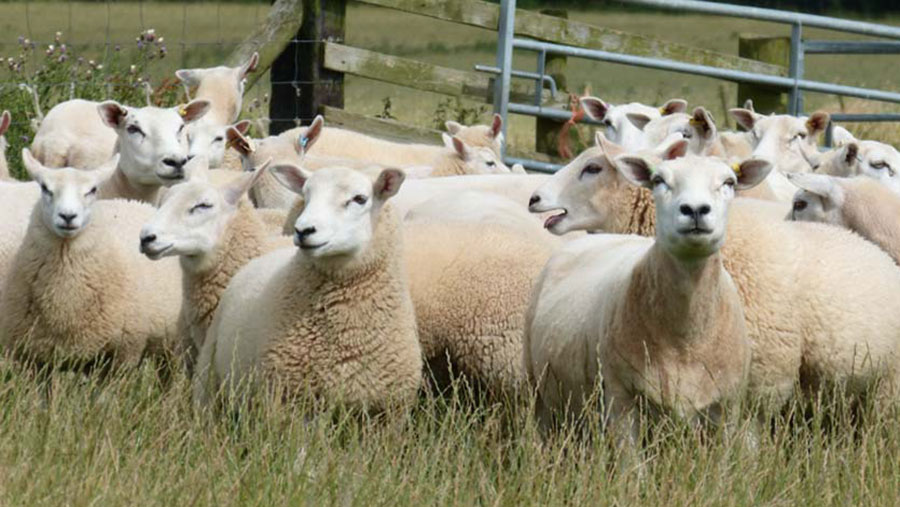 A new estimated breeding value (EBV) has been developed that will allow Lleyn sheep producers to select animals resistant to roundworm.

Researchers at the University of Glasgow with support from AHDB Beef & Lamb, found the antibody response against the larval stage of a roundworm infection can be used as a biological marker for host response to infection.

See also: Take our Academy on worms in sheep

Immunoglobulin A (IgA) is an antibody critical to immune function in mucous membranes.

Measuring this in saliva provides a new phenotype (characteristics such as resistance to disease) through which differences between sheep can be identified.

High levels of IgA have been shown to regulate worm growth and fecundity, which leads to decreased egg output.

This means breeders will be able to make more informed decisions.

Sam Boon, Signet breeding manager, said: “Since 2013, 7,899 Lleyn saliva samples have been collected and uploaded to the Signet database.

“When combined with the ongoing collection of faecal egg count [FEC] data, this has created a large commercial dataset on which to estimate heritability values for this new trait and study the genetic relationships between this and the FEC EBVs.”

What the EBVs mean

The new Saliva IgA EBVs are expressed in units of IgA activity. High EBVs mean an animal is genetically better at dealing with worms. This is in contrast to the expression of FEC EBVs, where breeders are reminded that low, negative values are indicators of the breeding potential to put fewer eggs out onto pasture.

Mr Boon added: “The Lleyn breeders involved are very enthusiastic about the potential for this new technology and its application to the selection of genetically superior sheep.