Two new soya standards for the UK animal feed industry have been developed in response to consumer concerns for ethical and environmental soya production.

The standards have been developed to cover Non-GM Soya and Responsibly Produced Soya.

The new standards are certified by PAI, one of Europe’s approved certifiers of food products, food authenticity, labelling claims and food chain traceability. 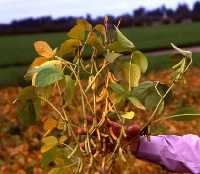 Audits will involve PAI assessors checking right along the supply chain from field to export terminal, says PAI managing director Paul Wright. “Compliance with the FEMAS Responsible Procurement Module involves the close monitoring of all farms involved in the growing of soya to ensure they do not harm natural forest.”

Satellite imagery and reports of field staff will used to confirm no breaches of the protocol occur.

Both the Non-GM Module and the Responsible Procurement modules were initiated at the request of British Retail Consortium members.