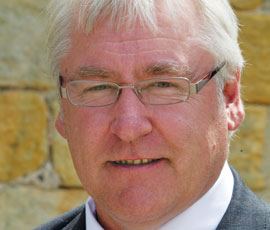 “But there is an awareness of their situation within Natural England and DEFRA, neither of which want to see any of these farmers disadvantaged because of what appears to be a quirk of logistics. I can’t give any more definite assurances on that situation at this time, but it is being looked at,” said Mr Cockbain.

He said he hoped there would be few renewals during 2015, ahead of the introduction of the new RDPE programme, which will start on 1 January 2016.

“Existing agreement holders – those who have signed up this year or last year – are pretty much guaranteed to be safe until the five-year break clause; and there’s a strong commitment from DEFRA to honour the whole of the agreement.”

Mr Cockbain said the content of the New Environmental Land Management Schemes (NELMS) – in effect the new environment schemes – are the result of input from all the leading farmer organisations. Natural England and DEFRA have received all the recommendations from these organisations and now have to “digest it” ahead of an autumn announcement.

“Pillar Two payments are very important to the uplands because disproportionately we rely more on Pillar Two than Pillar One,” he told farmers. But he added that Natural England had just conducted the Uplands Evidence Review focusing on sheep stocking rates and the management of hay meadows.

“On stocking rates things aren’t clear cut and what’s more relevant is to look at each site and make a specific recommendation rather than follow a strict, overall prescription. The Farming Futures programme underway on Dartmoor is adopting this approach by leaving it to the farmers to decide how they deliver the prescribed environmental ­recommendations.”

NSA chief executive Phil Stocker said the resources agriculture relies on were becoming “more expensive, more volatile and more scarce” – and a lot were tied up with the impact of world climate change.

“There’s a need to feed more people, but resources are becoming more volatile and there’s the impact of climate change – three very important dynamics. These imperatives should frame our approach to land management in the future,” said Mr Stocker.

Andrew Jamieson, agricultural adviser with Harrison and Hetherington’s land department at Carlisle, said sustainable farming was very important for the uplands but it had implications throughout the farming chain.

“One of the strengths of UK farming is the integration of the sheep system – uplands to lowlands – and we need mechanisms in place and subsidy support. We don’t need subsidy policies to drive upland farmers to farm in a way they want us to farm. These policies have to support upland farming and allow the rest of the industry to benefit from what the uplands are producing,” said Mr Jamieson.

Rob Macklin, head of Food and Farming at the National Trust, said it was essential for CAP reform to deliver environmentally responsible land management. “Discussions are already under way to see how direct payments under Pillar One will be divvied-up in future. And what about the Area Payment Flat rate? Will it be changed? This will have huge consequences about how money is delivered.”