Lambs which finish off grass and ewes capable or weaning at least their own bodyweight of lamb at 90 days are the twin-track aims of the composite breeding programme run by New Zealand breeding company Rissington Breedline.

“The key to this is knowing what the sheep are capable of and that means using performance recording to assess the potential of breeding stock. Additionally, with a nucleus breeding flock of 5000 ewes in our female type ‘Highlander’ flock and 4000 ewes in the nucleus flock for the terminal sire type ‘Primera’, we have to progeny test a good number of tup lambs each year to find the best performing rams.” 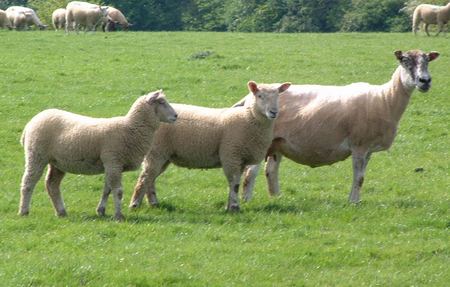 And while performance recording is the cornerstone of this progeny testing programme, sheep still had to be structurally sound. “Although we’re not interested in looks, they just have to be right on the feet, legs and overall structure.”

All tup lambs are run through to their second year in the same conditions and those not meeting the standard, or whose lambs aren’t up to scratch, are culled and just 60 rams are used to cover the main flock.

Explaining the performance capabilities of the Highlander-type composite, Mr Absolom told visitors that in 2001 the average weaned weight of lamb from the flock’s ewe was 43.5kg whereas by 2007 this had improved to 52.5kg a ewe.

But despite internal selection being the primary source of new genetics for the company, there was no reason why genetics from another breed couldn’t be incorporated provided they had suitable performance capabilities or other desirable traits. 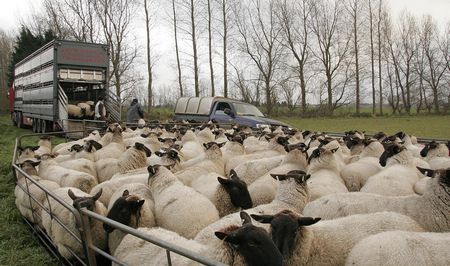 On the terminal sire side of things the programme was much the same, said Mr Absolom. But evaluation of future sires went a step further, with ram lambs progeny tested in their first year and a large proportion of their lambs assessed by carcass evaluation, which included 20 separate measures of each carcass.

“As a result of this type of rigorous selection, we have been able to improve primal joint yields significantly. The indsutry average is for the legs to give 26.5% of the carcass’ primal yield, whereas the average for the Primera is 28.2%.”

Further work was also under way to take into account meat colour stability and other sensory attributes. “We are aiming to produce meat which look’s better for longer and, therefore, is able to remain on supermarket shelves for longer. Future work will also include assessing the impact of lambs’ diet and nutrition on the taste characteristics of the meat,” he added.

Meanwhile, Bayden Wilson, Rissington Breedline’s UK manager told visitors the company was looking for a total of 250 farmers to use the company’s stock to breed lambs to supply Marks and Spencer across the UK. “We have standardised genetics both in New Zealand and here, which will mean consumers will be able to buy lamb from Marks and Spencer and know it will be of the same quality all year round.

“We are also attempting to standardise nutrition with grass-based diets and ensure all lambs supplied to Marks and Spencer are less than seven months old.”