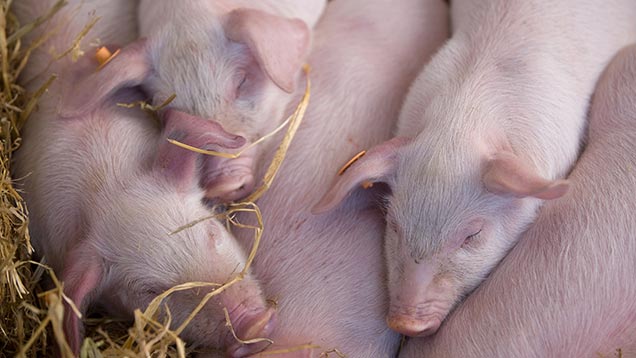 A voluntary disease charter which encourages pig farmers to share disease information with other farmers has been launched in response to an increased threat from porcine epidemic diarrhoea virus (PEDv) in Europe.

Last year, two different strains of PEDv, which both cause high levels of piglet mortality, were reported in Ukraine and Germany.

See also: Advice on preventing and tackling PEDv on farm

“The success of the charter relies totally on the voluntary commitment from producers and their vets to raise the alarm should they experience a disease breakdown.”
Martin Smith

It is hoped the Significant Diseases Charter, produced by Bpex, will in turn make the control of disease faster and more effective.

The charter is an extension of the original Swine Dysentery Producer Charter, which was launched in 2009, when producers, vets and the wider industry recognised the serious financial implications that would result from an uncontrolled outbreak of swine dysentery (SD).

Benefits of the charter

The industry committed to a charter, with farmers agreeing to share information with other charter members should their farm become infected and to take precautions to minimise the spread of infection.

Bpex claims it has been a successful initiative, especially in East Anglia, where the number of cases of SD have dropped dramatically.

Martin Smith, Bpex veterinary team manager, says: “The early detection and reporting of these potentially costly diseases would enable rapid response measures to be put in place to restrict their spread for the benefit of the whole of the British pig industry.

“The success of the charter relies totally on the voluntary commitment from producers and their vets to raise the alarm should they experience a disease breakdown,” adds Mr Smith.