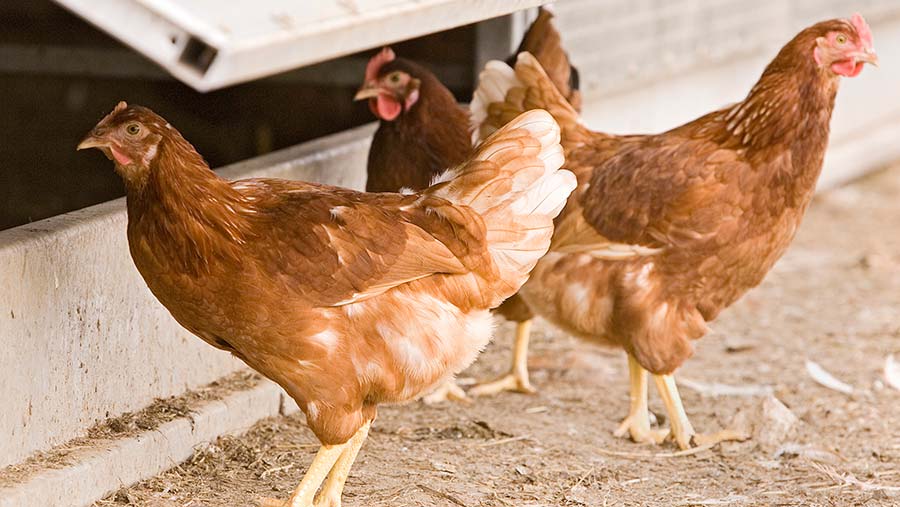 The work used audit data over two consecutive years from the AssureWel project, which is a partnership between the University of Bristol, the RSPCA and the Soil Association.

Most free-range egg farmers in the UK operate under the RSPCA’s Freedom Food scheme.

In 2011, the RSPCA and the Soil Association introduced “welfare outcome assessments” to annual audits, one element of which is quantifying feather loss.

In practice, auditors examine a sample of 50 hens within a flock and score feather cover using a three-point scale for two body regions: the head and neck, and the back and vent.

Now, this data has been compared over two years, and results suggest poor feather cover fell by about 10% in both body regions in the second year, when compared with the first.

Some 59% of 662 farmers reported they had made changes on their farms during the first year to improve bird welfare.

“We estimated that about 1.8 million more hens were fully feathered in year two compared to year one,” said Dr Siobhan Mullan of the University of Bristol’s School of Veterinary Sciences, who co-ordinated the study.

“This is the first study to demonstrate the value to animal welfare of certification schemes monitoring the effectiveness of their own and other industry-led interventions to guide future policy.