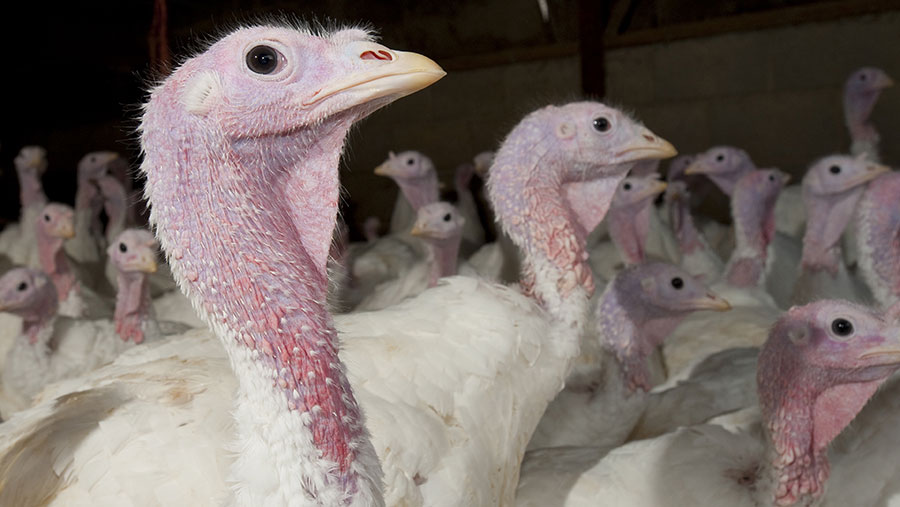 A second outbreak of the H5N8 strain of avian influenza (AI) has been discovered on a turkey farm in Lincolnshire, exactly one month after the first case was found in the same locality

The latest farm, in East Lindsey, which housed about 6,000 turkeys, had experienced high mortality before vets were called in to test for H5N8.

The remaining birds will be humanely culled.

But government officials have said it is unlikely there is a direct link between the two cases – implying that the disease is more likely to have been introduced by wild birds than direct human contact – though an investigation is under way to confirm this.

A 3km protection zone and 10km surveillance zone have been established around the site.

“This means complying with the legal requirement currently in place to house birds or otherwise keep them separate from wild birds, and following strict biosecurity measures to minimise the risk of avian flu spreading via the environment.”

All free-range birds are required to be housed, if practical, though they are able to retain their free-range status for 12 weeks.

The H5N8 strain has been found in wild birds across the UK in recent weeks, and in backyard poultry flocks – one of which had not been housed.

It has also been found across the European continent, leading to the death of tens of thousands of chickens, ducks and other poultry.

The NFU has recently issued fresh advice for non-commercial poultry keepers, including a new poster, encouraging them to apply maximum biosecurity to minimise the risk of spreading AI.