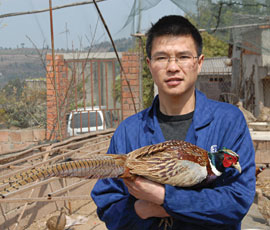 A Chinese egg farmer named Fushun Zhu has won a major international award in recognition of his entrepreneurial skills.

Youth Business International (YBI), a sister organisation to The Prince’s Trust, is a global network designed to support young entrepreneurs around the world. Its People’s Choice Award is given to someone who has overcome significant obstacles to set up a business. It also recognises the support he gives his community.

Mr Zhu has grown a small poultry business into an operation employing 32 people, and producing 30,000 eggs a day. Last year his business turned over US$1.5m.

While recovering from an injury in hospital, he spotted that eggs were often given to patients. Persuading shops nearby to stock his eggs was his first taste of success.

Appealing to the government for support, he was offered a loan and a business mentor by Youth Business China, which helps young people with business ideas. His mentor helped him expand and gave his staff training within his own firm.

Mr Zhu’s firm is in the middle of a long-term growth plan, which aims to expand into all major Chinese cities, and in five to eight years he is aiming for the European market.

A Youth Business International spokesman described him as “the embodiment of the values of a social entrepreneur and a deserving winner”. 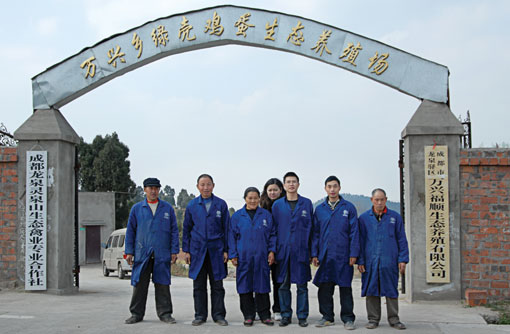