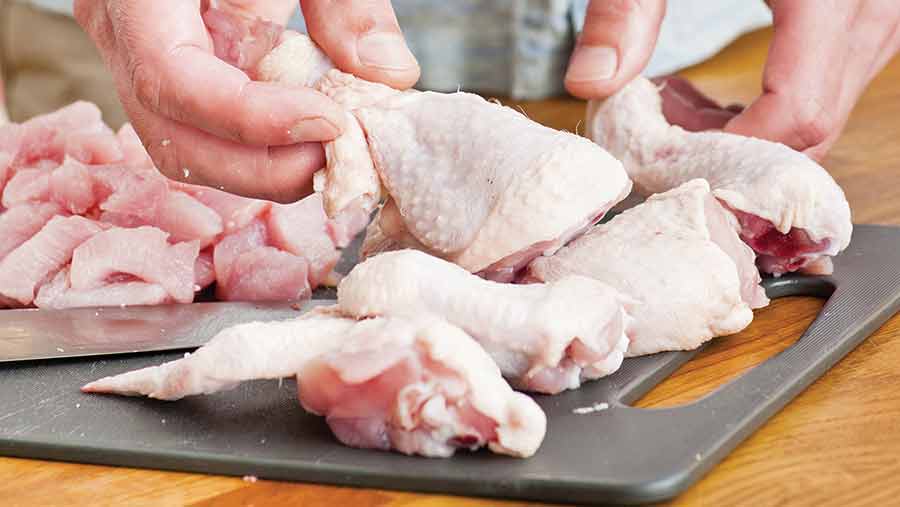 The Food Standards Agency (FSA) has released its final quarter of results of whole chicken tested for campylobacter at retail, before it starts up a new survey later in the year.

It has ended the current regime of testing the neck flap of chicken as processors now trim neck to the extent a meaningful sample cannot be gathered.

But the final set of results reveal further reduction in the presence of the bug.

Statistics released on 26 May, for the third quarter of testing – from January to March 2016 – show a decrease both in the number of the birds with campylobacter and those with the highest level of contamination. Tests were undertaken on breast skin as well as packaging.

The fourth quarter of testing has been suspended, and no further results will be published before the new testing regime is under way.

The latest data shows 9.3% of chickens tested positive for the highest level of contamination in the three months compared to 21.8% for the period from December 2014 to February 2015.

Campylobacter was present on 50% of chicken samples, which represented a drop of 21% on the equivalent quarter of the previous year.

Tests were carried out on 1,009 samples of fresh whole chilled UK-produced chickens and packaging in the current quarter.

The Food Standards Agency said it was not going to give an overall figure for the amount of campylobacter on chickens and was not providing a breakdown of figures for individual retailers because of the changes undertaken to processing.

Instead, the FSA is stopping the current survey and will begin a new one later this summer with a different method of testing campylobacter levels on chicken.

First results from the survey, which will rank retailers, are due to be announced in January 2017.

Food-borne campylobacter is estimated to make more than 280,000 people ill each year in the UK and is the largest cause of food poisoning. An Opinion published last year by the European Food Safety Authority said that up to 80% of cases can be attributed to raw poultrymeat.