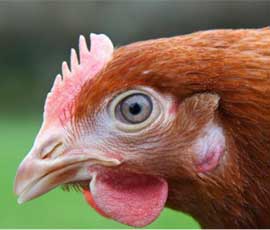 One of the flocks involved in the Bristol University beak trimming trial has had to receive emergency treatment following an outbreak of aggressive feather pecking and cannibalism.

Poultry World has learned that the incident involved a flock of 16,000 free-range hens and mortality reached 20%. At this stage, a veterinary team was called in to “hot blade” the remaining birds, to prevent further damage. A parallel flock of beak trimmed layers on the same farm experienced no problems.

There are 20 flocks involved in the trials, which were set up to inform DEFRA about the practicality of leaving laying hens with their beaks intact, ahead of a planned ban on beak trimming in 2016.

Initially it was only smaller flocks that put themselves forward for the trial, which involves birds being given “interventions”, such as straw bales and pecking objects, to see how they get on without beak trimming.

But a handful of larger flocks were also persuaded to join, following a commitment by the British Egg Industry Council and by Noble Foods to underwrite them if things went wrong.

Dr Claire Weeks of Bristol University said it was too soon to comment on what might have caused the outbreak of cannibalism. “It is multi-factorial – you can’t put your finger on any one thing.”

She added that the trials would certainly continue on all the other farms, with producers offered full support. “People are concerned,” she added. “There is a meeting of the Beak Trimming Action Group (BTAG) in November and there will be a lot of discussion.”

Dr Weeks also pointed out that another flock of 10,000 birds in the trial had recently been depleted, and those birds had no elevated levels of mortality and good feather cover.

Compassion in World Farming’s Peter Stevenson, who sits of BTAG as an independent, said the incident was “immensely upsetting for the birds, clearly, and my heart also goes out to the farmer”. “We need to find out what went wrong and learn from it. But we should not give up on our attempt to phase out beak trimming. We should proceed carefully, rather than not proceed at all.”

The trials are due to wrap up in early 2015 ahead of an official review of the planned beak trimming ban.

Read about the beak-trim ban in the Netherlands