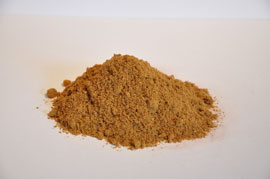 MEPs in Brussels have backed the idea of reintroducing processed animal protein (PAP) into non-ruminant rations, as first set out in the EU Commission’s “roadmap” for relaxing BSE controls.

While there are no formal proposals on the table yet, MEPs on the European parliament’s environment committee voted in favour of a so-called “own initiative” report by socialist MEP Dagmar Roth-Behrendt, supporting many of the commission’s ideas.

In particular, the report endorses plans to lift the ban on feeding non-ruminant PAP to pigs and poultry “to solve the problem of non-vegetarian animals lacking proteins”.

“Pork can be fed with poultry and poultry with pork,” said Ms Roth-Behrendt. “In these cases, animal proteins should be fit for human consumption, (in other words, excluding specified risk materials such as brain and spinal cord, as well as fallen stock), and must undergo additional sterilization methods.”

The MEPs insist that, as ruminants are vegetarians, they should not be fed with PAP. They are also demanding strict separation of the production and transportation channels of non-ruminant and ruminant materials, and a reliable method to detect species in PAP.

“It is long overdue that we lift the feed ban for non-ruminants,” said Ms Roth-Behrendt. “It is pure luxury that we throw away parts of animals which we do not want to eat, but which are fit for human consumption.

“Today we often feed our non-ruminant animals with soy proteins from the USA and South America. These products are often genetically modified – their use is ecologically irresponsible and economically unreasonable.”

The MEPs vote was applauded by EU farmers’ body COPA, which urged member states to lift the feed ban as quickly as possible. “The re-introduction of PAPs into the feed chain would help to reduce the EU’s dependence on imports of protein crops and have a positive impact on feed prices, which have increased dramatically since last summer,” said secretary general Pekka Pesonen.