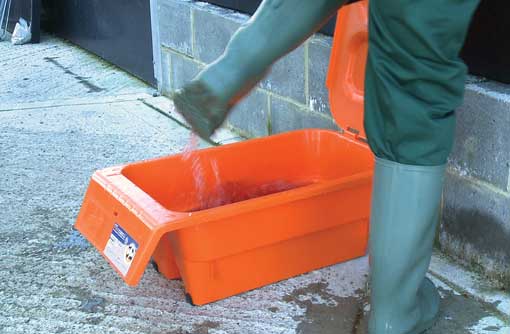 With campylobacter rising up the political agenda, what can poultry farmers do to help bring contamination levels down? Philip Clarke reports

A little bit of effort can go a long way when it comes to reducing levels of campylobacter in chicken production.

The need for primary producers to play their part was spelled out by Daniel Dring, group poultry welfare officer with hatchery business, PD Hook, addressing the Poultry Meat Conference at Stoneleigh.

“The Food Standards Agency has announced that a reduction in the levels of campylobacter at retail level is their main priority. They have grave concerns that the poultry industry is not taking this issue seriously enough,” he said.

The FSA has set a target to cut the percentage of the most heavily contaminated chickens (with more than 1,000 colony forming units/gramme post-slaughter), from 27% in 2008 to 10% by 2015.

“We’re not anywhere near that target,” said Mr Dring, who explained that, in the summer months, 100% of the birds from company farms were in the “high contamination” category post-slaughter. “We must try and reduce the level of infection in our birds at farm level to give the processing plants a chance to reduce the levels further.”

There was no magic bullet, he added, but there was much farmers could do in relation to on-farm biosecurity to bring levels down. “Very few of us can be confident that our farmers are all applying full standards 24 hours a day, seven days a week,” he said.

To help in the industry effort, which involves 40 different projects, Hook 2 Sisters has set up five model farms, consisting of 24 houses in a spread of locations across a range of different stocking rates.

They have been running for two years and are complying fully with the Red Tractor Farm Assurance Scheme standards on biosecurity (see box).

“Following on from the concerns raised by the FSA about training of farmers and the need to improve standards, we are also producing a video that will be shown to all our farm staff, contractors and catchers. We know there are problems we have to address to ensure full compliance.”

Hook 2 Sisters has also trialled a system of testing flocks using plastic overboots, posting them off for PCR testing and getting results back the next day, to let the farmer know if the flock is positive or negative for campylobacter.

“We are also trialling a cash incentive scheme, with vouchers being supplied by a very well-known retailer. The farmer receives £75 a house that is clear pre-thin and another £75 for each house clear at depopulation. Interestingly, talking to farmers, many suggest they would prefer money spent on improving facilities on their farm to improve biosecurity.”

The process of catching and thinning is seen as one of the big problem areas in the control of campy, due to the stress on birds and catchers bringing infection in with them.

“Catchers need to follow Red Tractor standards, but they also need an area to park their van off site and a decent rest room,” said Mr Dring. “Planners need to schedule catching to thin first – this will need co-operation with retailers.”

The processing and haulage parts of the chain also need to play their part. “It is difficult to persuade a farmer to dip his boot when a dirty module or drawer goes past him into his shed.”

And biosecurity must be maintained after thinning. “It is difficult when two tonnes of Moffatt has just been charging in and out, but it’s all about reduction of infection.”

Mr Dring then went on to look at the latest FSA proposals for getting on top of campylobacter, (see News section).

“Testing of all flocks is likely to be a requirement, as is increased farmer training and awareness,” he said.

There was also likely to be increased pressure to ban or at least reduce thinning. “Would the sky fall in if thinning was banned?” he asked. “Probably not. The success of the poultry industry can be attributed to its success in raising its standards where necessary and adapting to new market forces.”

But planning would be more complicated, especially with regards to the timing of orders and handling birds from free-range and organic systems.

“Factory interventions appear to be the easiest win,” Mr Dring suggested. “But there are problems with anything sprayed on, like lactic acid, as this then becomes an additive. Speed of killing also influences effectiveness, with some plants handling 185 birds a minute.

“Improved crate washing is a win-win, as it is likely to improve overall bird health status on farm. Maybe an incentive payment would show benefits. It appears that it will be a lot of small things that will bring a reduction rather than one big bang.”