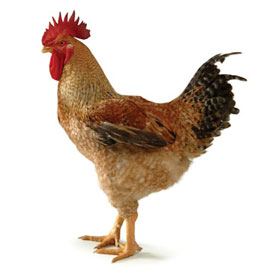 Using genomics and selective breeding on a mass scale broiler breeder Cobb has almost doubled yields and efficiency in its birds since 1980, and expects to almost double them again and bring a host of other benefits.

“We probably have between 10 to 20 characteristics that we are trying to improve at the same time each year,” said Dr John Hardiman, vice-president of research and development for Cobb-Vantress at the 2011 Alltech animal health and nutrition symposium in Lexington, Kentucky.

A large population of pedigree birds was required to find new traits for breeders to build better strains of birds.

In Cobb’s breeding program, less than one out of every 100 males is selected to be bred again, while amongst hens five out of 100 are kept for breeding.

Lines which show signs of genetic weakness are approached with a “zero tolerance” attitude and culled immediately. This technique has been highly successful in reducing health problems.

“We have to balance leg health, liveability and robustness against all of the other growth-related characteristics and reproductive ability,” said Dr Hardiman.

Cobb had used X-ray endoscopy on four lines of birds to detect Tibial Dyschondroplasia(TD), which causes leg problems, and had culled these birds out of breeding stock, seeing TD drop from 10% to below 2% within a year.

Breeding for resistance to disease such as Marek’s, AI and coccidiosis is done in conjunction with universities and organisations such as the Institute for Animal Health in the UK.

“I don’t know if we will be able to produce a bird that cannot get salmonella, that cannot get campylobacter… but if we can groom our populations and make them less susceptible over time, then maybe it will help in the fight,” said Dr Hardiman.

Breeding to improve feed conversion also reduces the amount of nitrous oxide excreted in the faeces, improving the environmental credentials of poultry.

The Game Changers: The 27th Annual Alltech International Animal Health and Nutrition Symposium is held at the Lexington Convention Centre, Kentucky, USA from 22-25 May 2011.