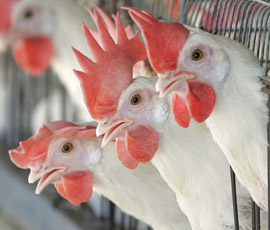 Efforts to improve layer welfare in the USA have stalled again, following the reluctance of lawmakers in Washington to progress the legislation.

At the end of April, a group of senators launched the so-called Egg Bill, which would ratify the agreement between United Egg Producers and The Humane Society of the United States to provide laying hens with more space and cage enrichments

It had been hoped that the Egg Bill would be included within the new US Farm Bill, which is currently being debated in Washington.

But the Senate’s agriculture committee has failed to endorse the proposals, in the wake of pressure from other farm groups, who fear it might set a precedent of government interference in other types of livestock farming.

United Egg Producers president Chad Gregory expressed his frustration. “We can’t begin to express our deep disappointment in our fellow livestock and farm groups who blocked this legislation simply because they were paranoid that somehow it would affect them, despite explicit language in the bill which exempts them,” he said.

UEP, whose members represent over 90% of US egg output, fears that failure to secure a federal law on layer welfare will lead to a raft of different state rules, interrupting free trade and distorting markets.

The organisation hopes that the Egg Bill may still be included in the Farm Bill when it is debated by both the House of Representative and the full Senate later in June.

“If it is not part of the Farm Bill by the end of this year, we will seek to attach it to some other legislation in future years,” Mr Gregory told Poultry World.

What’s on the table