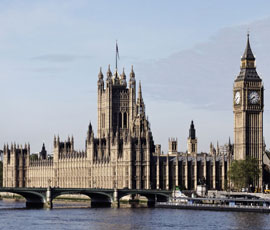 There had been widespread outrage in mid-August when it emerged that caterers in the Palace of Westminster were being forced to use Dutch pasteurised liquid egg rather than British shell eggs due to alleged concerns about salmonella.

A House of Commons spokesman said at the time this was in line with Food Standards Agency (FSA) advice. But the FSA refuted this and said it had no such guidelines, except that eggs should be fully cooked.

“Industry has bent over backwards to eliminate salmonella – it beggars belief,” he said.

But, in a statement released on 30 August, clerk of the House of Commons, Sir Robert Rogers, announced an immediate change of policy.

“From 2 September, fresh Lion Brand stamped British eggs will be used to prepare omelettes and scrambled eggs in ‘to order’ outlets,” he said

“For large-scale egg-based dishes, liquid pasteurised egg will continue to be used in line with industry best practice. This will now be sourced from British producers.”

The statement was endorsed by Dr Lisa Ackerley, managing director of Hygiene Audit Systems. “Salmonella poisoning in the UK has decreased dramatically in recent years, thanks to the vaccination programme for British eggs,” she said.

The British Egg Industry Council has welcomed the House of Commons policy reversal. “This is a victory for common sense,” said chairman Andrew Jorêt. “We said at the time that the ban on fresh eggs was without foundation and absolutely ridiculous. We are grateful that Sir Robert has recognised that.”

The costs associated with the switch from Dutch to British pasteurised egg are approximately £2,000 per annum, according to the House of Commons statement.