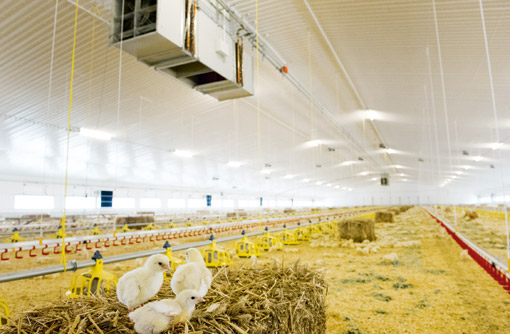 Delegates from around the globe converged on Brussels for the 12th annual World Poultry conference, organised by Agra Europe in Brussels. Poultry World joined them.

The horsemeat scandal will trigger a “fundamental change” in the poultry industry, according to Chris Hall of UK-based Cargill Meats Europe.

Calling for more transparency right through the food supply chain, he said: “We need to shine a light on the whole process.”

“In the past, people were completely ignorant about the finished product that was delivered to them, but consumers are now saying they want to be more sure about where their food comes from. They are using ‘local’ as a metaphor for security of the supply chain.

“Trust is the key factor here and the industry itself has to do a better job at improving transparency.”

These views were shared by Alo Mohan, who chairs the Poultry Council in Ireland and is a poultry farmer.

He told delegates that the horsemeat crisis, which started in Ireland before spreading to other parts of Europe, had “moved the goalposts” and highlighted an “information deficit”.

“Currently, people are scared of which meat products to buy. The ‘farm to fork’ concept has been broken and we need to repair it,” he said.

“I am very proud of this industry, but consumers no longer have the same confidence as in the past and that is where farmers come in.”

Mr Mohan told the conference the food sector had to provide leadership, so that its public perception was set by the industry itself and not by the media.

Consumers can be reassured that the poultry sector is making every effort to maintain high standards of animal welfare, Daniel Dring of Hook 2 Sisters told the conference.

In the wake of the horsemeat scandal and other health scares, it was increasingly important to convey this message, he said.

One example was the fitting of windows to all of the company’s poultry sheds – “one of the best things to happen in the industry” – as well as play bales and perches.

“The bales are for environmental enrichment and are also a good marketing ploy,” he said. “We have gone from windowless barns to getting natural light to birds. This improves bird welfare and also provides a better working environment for our staff.”

Mr Dring also pointed to the UK’s Poultry Passport training scheme which covered everything from bird welfare to bio-security, and on which 3,000 people had now enrolled.

“I think this all shows that we can now finally stick our heads above the parapet and be confident about what we in the industry are doing when it comes to welfare issues.”

But Mr Dring warned about the challenges posed by the over-use of antibiotics in food production, something the UK’s chief medical officer had recently described as a “ticking timebomb”.

“We cannot be afraid of using anti-microbials, but these concerns are something we, as an industry, have to respond to.”

Brussels is looking to reduce the burden of red tape on the food industry, but not at the expense of food safety.

Koen van Dyck, of the EU Commission’s health and consumers directorate, said this was particularly important in the poultry sector, where 98% of firms were small and medium-sized enterprises (SMEs).

Cutting red tape was one area where EU policymakers could help soften the impact of the ongoing economic downturn, he said.

But it was of utmost importance that any future red tape-cutting did not have an adverse impact on food safety.

Growth in the UK poultry sector is set to slow over the course of the next decade, but the product will still dominate the meat market.

“If you look back at the past 10 years, poultry has been the star performer,” said Cargill Meats Europe’s Chris Hall. “Compared with lamb, pork and beef, poultry is still the fastest-growing protein, but growth over the next decade will be slower.

In terms of consumer behaviour, he said the trend was for “selective downtrading”, with cash-conscious shoppers opting for cheaper or fewer products.

“Shoppers have got the message that their spending habits have to change and that means we as an industry have to get the message too,” he said.

There was also a definite trend for consumers to look for more local supplies, added Nan-Dirk Mulder of Rabobank.

An example of this was Tesco’s recent decision to only source fresh chicken for its 194 Scottish stores from Scotland, he said. “Western markets are undergoing an economic re-invention and I can see this sort of thing being repeated in other parts of the world.”

On top of this, producers were going to face continued volatility in the feed market, with world prices for grain and oilseeds continuing to rise, he warned.

War on campy can be won

The battle against campylobacter in poultry meat is not lost, despite rising numbers of infections.

That was the verdict of Manpreet Singh of Auburn University in the USA, who is looking at ways of tackling the disease. He pointed out that, while up to 90% of chickens are infected, it is only harmful in humans.

To date, there have been 8,500 illnesses in the USA caused by campylobacter, resulting in 76 deaths, he told the conference.

According to the 2011 survey by the US Centre for Disease Control, the annual cost of tackling this comes to some $2.4bn.

“All this shows why we need to better control the disease,” he said.

“Containing the prevalence of campylobacter is a big challenge for the industry but it is a battle which is not being lost.”

The research will look at the “at risk” areas in poultry processing plants and also the use of anti-microbials.